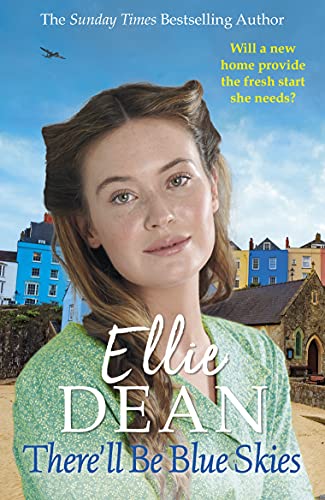 When sixteen-year-old Sally is evacuated to the English south coast, she is terrified by what lies ahead of her.

When sixteen-year-old Sally is evacuated to the English south coast, she is terrified by what lies ahead of her. All she knows are the sights and sounds of London's East End - but Sally swallows her tears as they leave the familiar landmarks behind, knowing that she has to be a Grown-Up Girl and play mother to her six-year-old brother Ernie. Playing mother is nothing new for Sally - their real mother Florrie, a good-time girl, hasn't even come to the station to wave them off and Ernie, crippled at an early age by polio, is used to depending on his older sister.

When they arrive in Cliffehaven, they're taken to live at the Beach View Boarding House where they're welcomed by the open-hearted Reilly family headed up by warm, loving Peggy, and life begins to improve. Sally gets a job in a uniforms factory to help pay her way - and to pay for Ernie's expensive medicines - but then Florrie arrives in Cliffehaven, bringing disaster with her. And Sally is forced to work out where her true loyalties lie ...

Saga lovers will devour this wartime story * Peterborough Evening Telegraph *
Friendship, family and true love, as well as heartache, are all encountered in this enjoyable read. * Daily Mail *

Ellie Dean lives in a tiny hamlet set deep in the heart of the South Downs in Sussex, which has been her home for many years and where she raised her three children. She is the author of the The Cliffehaven Series.

To find out more visit www.ellie-dean.co.uk

GOR002987562
There'll Be Blue Skies by Ellie Dean
Ellie Dean
The Cliffehaven Series
Used - Very Good
Paperback
Cornerstone
2011-08-04
464
0099560461
9780099560463
N/A
Book picture is for illustrative purposes only, actual binding, cover or edition may vary.
This is a used book - there is no escaping the fact it has been read by someone else and it will show signs of wear and previous use. Overall we expect it to be in very good condition, but if you are not entirely satisfied please get in touch with us.