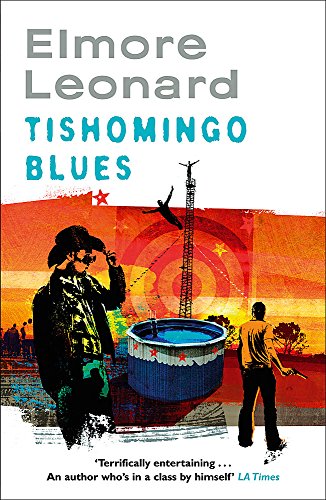 In Stock
$17.99
inc. GST
Vintage Elmore Leonard - a searing tale of gambling, gangsters, hidden agendas and a whole heap of trouble from the virtuoso of American crime fiction.
Very Good Good
Only 1 left

Vintage Elmore Leonard - a searing tale of gambling, gangsters, hidden agendas and a whole heap of trouble from the virtuoso of American crime fiction.

Daredevil Dennis Lenahan has brought his act to the Tishomingo Lodge & Casino in Tunica, Mississippi - diving off an eighty-foot ladder into nine feet of water for the amusement of gamblers, gangsters, and luscious belles. His riskiest feat, however, was witnessing a Dixie-style mob execution while atop his diving platform.

Robert Taylor saw the hit also. A blues-loving Detroit hustler touring the Southland, Taylor's got his own secret agenda and he wants Dennis in on the game. And high-diver Dennis could be about to take a long, fatal fall - right into a mess of hoop skirts, Civil War play-acting... and more trouble than he ever dreamed possible.

Elmore Leonard was born in New Orleans on 11 October 1925. He wrote forty-five books during his phenomenal career, including the bestsellers Mr Paradise, Tishomingo Blues, Be Cool and The Hot Kid. Many have been made into successful movies, including Get Shorty with John Travolta, Out of Sight with George Clooney and Rum Punch, which became Tarantino's Jackie Brown. He is the recipient of the Cartier Diamond Dagger Award and the PEN USA Lifetime Achievement Award. He died on 20 August 2013 in Detroit.

GOR002695920
Tishomingo Blues by Elmore Leonard
Elmore Leonard
Used - Very Good
Paperback
Orion Publishing Co
2010-03-04
288
0753827328
9780753827321
N/A
Book picture is for illustrative purposes only, actual binding, cover or edition may vary.
This is a used book - there is no escaping the fact it has been read by someone else and it will show signs of wear and previous use. Overall we expect it to be in very good condition, but if you are not entirely satisfied please get in touch with us.