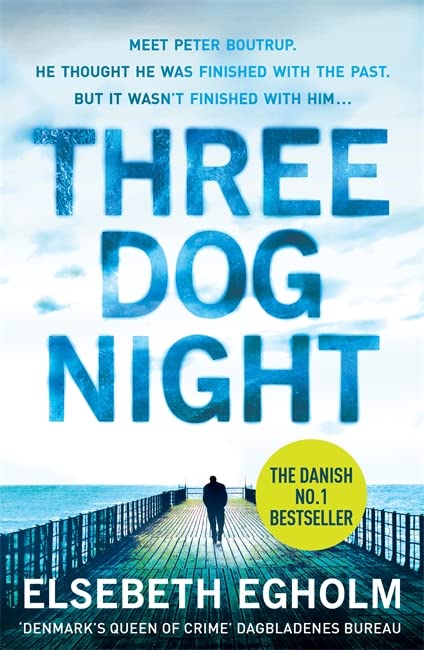 It's the coldest winter in memory as ex-convict Peter Boutrup moves to remote, rural Denmark to start a new life.

But when a young woman goes missing on New Year's Eve and Peter discovers the body of Ramses, an old acquaintance from prison, things start to unravel.

Two days after the disappearance the body of a young girl is found in the harbour - she is naked, attached to an anchor and her face has been torn off. Is this the body of the missing woman and is it connected with Ramses' murder? And could Peter's strange new neighbour, Felix, be involved?

Peter Boutrup just wants peace and quiet but he must accept that the truth lies hidden in the past he is trying to forget.

Populated by a cast of characters from the underbelly of Danish society, Three Dog Night is a fast paced thriller that paints a picture of a rarely seen side of Denmark.

Egholm is a better storyteller than most other female crime writers ... It's thrilling and brutal * Ekstra Bladet *
Add to this the supple language and the evocative descriptions of beauty as well as ugliness on Djursland, and the result is a highly recommended, bleak and captivating crime novel * Information *
Both plot and characters go full throttle ... How it all connects is both surprising and imaginative * Politiken *
The story is captivating and well told. The book has some cleverly turned twists in a focused narrative where the expected truths emerge during the dramatical final stand-off * metroXpress *

Elsebeth Egholm is a Danish author and journalist who lives in Jutland, Denmark. She has written ten books and in 2011 published Three Dog Night which was the start of a new series introducing ex-convict Peter Boutrup and was an instant bestseller. She created the TV series THOSE WHO KILL which has been remade in the US starring Chloe Sevigny.

GOR005147051
Three Dog Night by Elsebeth Egholm
Elsebeth Egholm
Used - Very Good
Hardback
Headline Publishing Group
2013-07-18
400
0755397819
9780755397815
N/A
Book picture is for illustrative purposes only, actual binding, cover or edition may vary.
This is a used book - there is no escaping the fact it has been read by someone else and it will show signs of wear and previous use. Overall we expect it to be in very good condition, but if you are not entirely satisfied please get in touch with us.