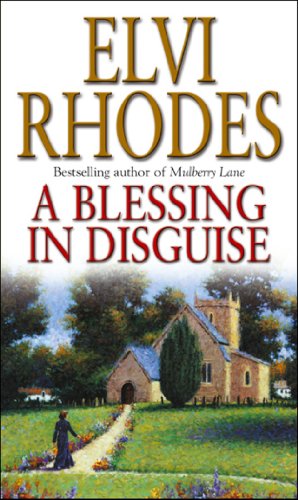 A Blessing In Disguise
by Elvi Rhodes

Young, attractive, a widow with a ten-year-old daughter - Venus Stanton was certainly not the vicar that the traditional parish of Thurston had been expecting.

A Blessing In Disguise Summary

A Blessing In Disguise by Elvi Rhodes

Young, attractive, a widow with a ten-year-old daughter - Venus Stanton was certainly not the vicar that the traditional parish of Thurston had been expecting. The village was agog, the congregation surprised and in some cases not at all pleased.

Venus - a name wished on her by her otherwise conventional parents, and which she felt wholly inappropriate for a woman priest - had to endure curiosity, misunderstandings and even downright hostility. But she also found warmth, friendship and kindness - sometimes from the most unexpected quarters.

Still mourning the death of her husband, and having to cope with the problems of single parenthood, Venus began to think that she would never manage the task she had set herself. Perhaps the doubters were right - she was not suited to be a vicar, to care for the souls of the parish. But the handsome local doctor thought otherwise, and so did many others who came to regard her not only as their priest but also their friend.

Customer Reviews - A Blessing In Disguise

Elvi Rhodes was born and educated in Yorkshire, and now lives on the Sussex coast. She is the author of many bestselling novels including Opal, Doctor Rose, Ruth Appleby, The Golden Girls, Madeleine, The House of Bonneau, Cara's Land, The Rainbow Through the Rain, The Bright One, The Mountain, Portrait of Chloe, Spring Music, Midsummer Meeting, The Birthday Party, Mulberry Lane, The Apple Tree, Mixed Blessings and The House by the Sea, all published by Corgi Books.

GOR009791463
A Blessing In Disguise by Elvi Rhodes
Elvi Rhodes
Used - Very Good
Paperback
Transworld Publishers Ltd
2013-08-30
544
0552168149
9780552168144
N/A
Book picture is for illustrative purposes only, actual binding, cover or edition may vary.
This is a used book - there is no escaping the fact it has been read by someone else and it will show signs of wear and previous use. Overall we expect it to be in very good condition, but if you are not entirely satisfied please get in touch with us.