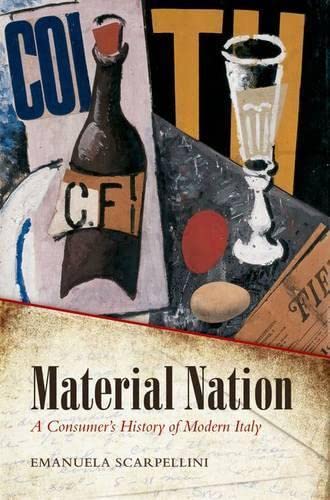 In Stock
$59.99
inc. GST
A consumer history of Italy from unification in the 19th century to the present day, combining economic and cultural history with a vivid narrative style.
Very Good
Only 3 left

In this fresh, unfamiliar, and sometimes surprising picture of modern Italy, history is refracted through the prism of the nation's consumer culture. What were Italians eating and drinking over this period? Where did they live? What did they do in their leisure time? What did they choose to spend their spare money on? And how did this differ between different economic classes and over time? From the battle against poverty conducted by the first liberal governments of a united Italy, to fascist autarchy, up to the emergence of welfare policies and today's multifaceted society, Scarpellini looks at how the material culture associated with consumption has structured Italian life and defined the boundaries of class, gender, generations, and regional differences, inspiring government policies, and influencing the worlds of art and literature. Keeping a constant eye on wider historical trends, both in Italy and internationally, the book looks at how the basic triad of consumer culture (food, housing, and clothing) slowly developed into a more complex pattern, incorporating transport, domestic appliances, and then electronics, communications, and fashion. Combining economic and cultural history with a vivid narrative style, this book is essential reading for anyone interested in the history of modern Italy and of consumption more generally in the last century and a half.

This is an ambitious book that fills a large gap in the English-language literature on modern Italy and that demonstrates with panache and sensitivity that the history of consumption is an inescapable entryway into the complexities of the modern condition. * Dario Gaggio, University of Michigan. *
[An] illuminating and accessible study... * Stephen Gundle, History Today *
An absorbing story of how Italy evolved from a fragmented peninsula characterised by poverty and a primeval, gnawing hunger to a country of material abundance and brand names known the world over. * Tony Barber, The Financial Times *
Scarpellini's book is always full of flavour...the book is rather like a good Italian meal. It has solid detail to act as starch for the mind's most sober needs. But present, too, are enough regalini to leave a reader pleasurably tingling at the rich and nourishing fare that Scarpellini lays before us. * Richard Bosworth, Times Higher Education *
Gives readers a fresh perspective on this endlessly fascinating country. * Andrew Moravcsik, Foreign Affairs *

About Emanuela Scarpellini (Professor of Modern History, University of Milan)

Emanuela Scarpellini is Professor of Modern History at the University of Milan. She was a visiting scholar at Stanford University and Cambridge University, and has also been a Visiting Professor at both Stanford and Georgetown universities.