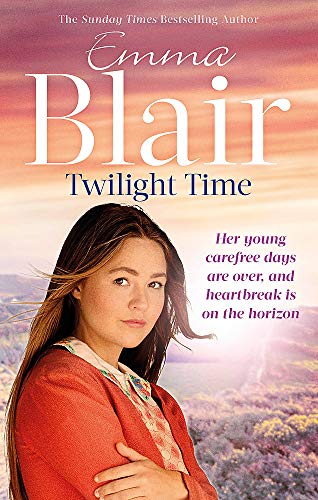 Their young carefree days are over, but they've shaped Crista and Maggs' lives...

Their young carefree days are over, but they've shaped Crista and Maggs' lives...

The Devonshire village of Ford is full of excitement and curiosity at the arrival of their new doctor, the dashing young Scotsman, Jamie Murray. Among the fluttering female hearts are sisters Maggs and Crista Fletcher. And though Maggs frequents the local pub, the Angel, in the hope of a chance meeting with the young doctor, it is Crista to whom Jamie has taken a shine.

Not that Maggs is exactly drinking on her own. Her admirers include Dickie Trippett, her childhood sweetheart, now scarred for life in the First World War, and handsome, confident and rich Rupert Swain, son and heir to the local paper mill. For Maggs, there is no contest as to where her affections lie: Rupert wins hands down.

Except that Rupert is a member of the most hated family in Ford: the Swains run the paper mill in the most ruthless and cruel fashion, paying the lowest rates in dangerous working conditions. And just as Maggs cannot reveal the object of her love, Rupert wouldn't dream of doing so either. As far as he's concerned, she is just another village girl to be loved and left.

Emma Blair was a pen name for Scottish actor and author Iain Blair, who began writing in his spare time and whose first novel, Where No Man Cries, was published in 1982.

During a writing career spanning three decades he produced some thirty novels, but his true identity remained a secret until 1998 when his novel Flower of Scotland was nominated for the RNA Romantic Novel of the Year award.

He was one of Britain's most popular authors and his books among the most borrowed from libraries.
Iain Blair died in July 2011.

GOR009637764
9780751573602
0751573604
Twilight Time by Emma Blair
Emma Blair
Used - Very Good
Paperback
Little, Brown Book Group
2018-10-18
416
N/A
Book picture is for illustrative purposes only, actual binding, cover or edition may vary.
This is a used book - there is no escaping the fact it has been read by someone else and it will show signs of wear and previous use. Overall we expect it to be in very good condition, but if you are not entirely satisfied please get in touch with us
Trustpilot