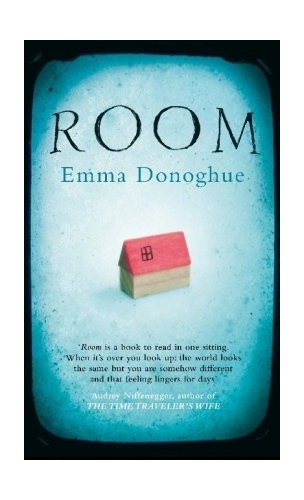 Out of Stock
$14.49
inc. GST
The story of a mother, her son, a locked room and the outside world
Very Good
Only 0 left

Jack is five and, like any little boy, excited at the prospect of presents and cake. He's looking forward to telling his friends it's his birthday, too. But although Jack is a normal child in many ways -- loving, funny, bright, full of energy and questions -- his upbringing is far from ordinary: Jack's entire life has been spent in a single room that measures just 11 feet by 11 feet; as far as he's concerned, Room is the entire world. He shares this world with his mother, with Plant, and tiny Mouse (though Ma isn't a fan and throws a book at Mouse when she sees him). There's TV too, of course -- and the cartoon characters he thinks of as his friends -- but Jack knows that nothing else he sees on the screen is real. Old Nick, on the other hand, is all too real, but only visits at night -- like a bat -- when Jack is meant to be asleep and hidden safely in Wardrobe. And only Old Nick has the code to Door, which is otherwise locked . . .

Told in Jack's voice, Room is the story of a mother's love for her son, and of a young boy's innocence. Unsentimental yet affecting, devastating yet uplifting, it promises to be the most talked about novel of 2010.

Born in 1969, Emma Donoghue is an Irish writer who lives in Canada. Her fiction includes Kissing the Witch, The Woman Who Gave Birth to Rabbits, and the bestselling Slammerkin.

GOR002158139
Room by Emma Donoghue
Emma Donoghue
Used - Very Good
Paperback
Pan Macmillan
2010-08-01
320
0330519921
9780330519922
Winner of Channel 4 TV Book Club Best Read 2011 Winner of Galaxy National Book Awards: WH Smith Paperback of the Year 2011 Short-listed for Orange Prize for Fiction 2011 Short-listed for Galaxy National Book Awards: International Author of the Year 2010 Short-listed for Man Booker Prize for Fiction 2010
Book picture is for illustrative purposes only, actual binding, cover or edition may vary.
This is a used book - there is no escaping the fact it has been read by someone else and it will show signs of wear and previous use. Overall we expect it to be in very good condition, but if you are not entirely satisfied please get in touch with us.