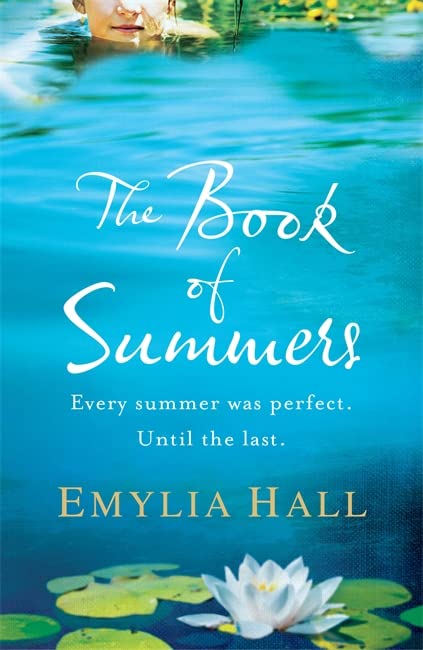 The Book of Summers
by Emylia Hall

The Book of Summers Summary

The Book of Summers: The Richard and Judy Bestseller by Emylia Hall

Beth Lowe has been sent a parcel.

Inside is a letter informing her that her long-estranged mother has died, and a scrapbook Beth has never seen before. Entitled The Book of Summers, it's stuffed with photographs and mementos complied by her mother to record the seven glorious childhood summers Beth spent in rural Hungary.
It was a time when she trod the tightrope between separated parents and two very different countries; her bewitching but imperfect Hungarian mother and her gentle, reticent English father; the dazzling house of a Hungarian artist and an empty-feeling cottage in deepest Devon. And it was a time that came to the most brutal of ends the year Beth turned sixteen.

Since then, Beth hasn't allowed herself to think about those years of her childhood. But the arrival of The Book of Summers brings the past tumbling back into the present; as vivid, painful and vital as ever.

Customer Reviews - The Book of Summers

The Book of Summers Reviews

'A charming debut novel' * Woman's Own *
'A vivid coming-of-age story' * Woman & Home *
'A compelling coming-of-age story with a superb twist' * Easy Living *
'Emylia Hall creates an enchanting and vivid picture of Beth's summers in rural Hungary... It's an addictive read and an amazing debut for Emylia Hall' * www.cosmopolitan.co.uk *
'Fab debut about a woman reliving the summers she spent in rural Hungary' * Heat *
'Heartfelt and evocative... all we need now is for summer to finally arrive' * Grazia *
'Fantastically evocative and sun-drenched with a twist, it's guaranteed a place on our summer holiday reading list' * www.stylist.co.uk *
'Enchantingly evocative' * Marie Claire *

Emylia was born in 1978 and grew up in the Devon countryside, the daughter of an English artist and a Hungarian quilt-maker. After studying English & Related Literature at the universities of York and Lausanne, she spent five years working in a London ad agency, before moving to the French Alps. It was there that she began to write. Emylia now lives in Bristol with her husband, the comic-book writer and children's author, Robin Etherington, and young son. She is the author of The Book of Summers, which was a Richard & Judy Summer Book club pick in 2012, A Heart Bent Out of Shape and The Sea Between Us.

GOR003843692
The Book of Summers: The Richard and Judy Bestseller by Emylia Hall
Emylia Hall
Used - Very Good
Paperback
Headline Publishing Group
2012-05-24
352
0755390857
9780755390854
N/A
Book picture is for illustrative purposes only, actual binding, cover or edition may vary.
This is a used book - there is no escaping the fact it has been read by someone else and it will show signs of wear and previous use. Overall we expect it to be in very good condition, but if you are not entirely satisfied please get in touch with us.