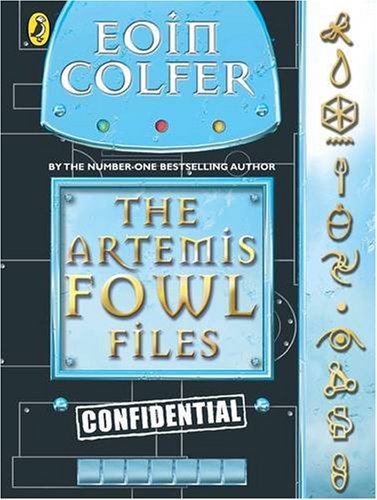 In Stock
$19.99
inc. GST
Artemis Fowl's confidential files have been discovered in his safe at Fowl Manor. Ever since his first contact with the fairy People, he has kept a locked dossier.
Very Good Good
8 in stock

Artemis Fowl's confidential files have been discovered in his safe at Fowl Manor. Ever since his first contact with the fairy People he has kept a locked dossier. Now you too can share the secrets:

TOP SECRET! Coded extract from the Fairy Book for you to translate

FASCINATING! Fairy-spotters section - could you tell a troll from a goblin?

Eoin Colfer followed his parents into teaching and soon began to invent stories for his pupils. His first novel, BENNY AND OMER, was a bestseller in Ireland - like ARTEMIS FOWL, it was written after a day's teaching and after his young son's bedtime. Eoin lives in Wexford, Ireland. ARTEMIS FOWL was shortlisted for the Whitbread Children's Book of the Year and won the WHSmith Children's Book of the Year Award.

GOR000887362
The Artemis Fowl Files by Eoin Colfer
Eoin Colfer
Used - Very Good
Hardback
Penguin Books Ltd
2004-09-25
224
0141381272
9780141381275
N/A
Book picture is for illustrative purposes only, actual binding, cover or edition may vary.
This is a used book - there is no escaping the fact it has been read by someone else and it will show signs of wear and previous use. Overall we expect it to be in very good condition, but if you are not entirely satisfied please get in touch with us.