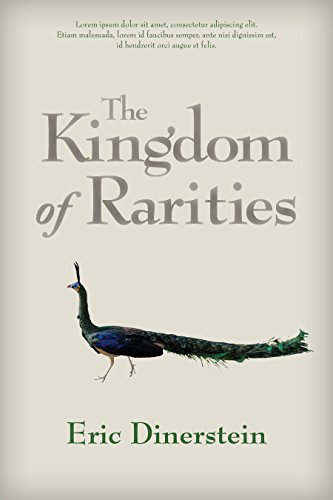 The Kingdom of Rarities
by Eric Dinerstein

Used Price
32,99 $
inc. GST
Free Shipping in Australia
Presents a new context for understanding rarity and its implications, both for our understanding of how the natural world works and for what it can teach us about protecting biodiversity during a time of large-scale environmental change. The author explores rarity as a central principle within conservation biology.
Reviews:
Trustpilot
Very Good

The Kingdom of Rarities Summary

The Kingdom of Rarities: The Story of America's Eastern National Forests by Eric Dinerstein

"The Kingdom of Rarities" presents a new context for understanding rarity and its implications, both for our understanding of how the natural world works and for what it can teach us about protecting biodiversity during a time of large-scale environmental change. Using cutting-edge science from remote outposts around the world, award-winning author Eric Dinerstein animates the key questions that scientists are asking themselves about why some species are so abundant and others not. What are the rarest species and why are they most likely to be found in certain types of environments? Which species have always been rare, and which have only recently been made rare? Which should we seek to protect most? Throughout, Dinerstein explores rarity as a central principle within conservation biology, advancing both our understanding of the natural world and inspiring the creation of new tools and technologies that can help us add to our knowledge and design more effective conservation strategies. He focuses on real-time threats to biodiversity, from climate change to habitat fragmentation, and draws on his long and distinguished scientific career to illuminate the concept of rarity for readers across the spectrum of scientific knowledge.

Customer Reviews - The Kingdom of Rarities

The Kingdom of Rarities Reviews

"The Kingdom of Rarities is a rarity itself, a book whose author is so in command of his material that you don't realize how much you're learning; you're too caught up in the adventure of it all."--Carl Safina, Author of "Song for the Blue Ocean"
"Dinerstein (Tigerland and Other Unintended Destinations), Lead Scientist with the World Wildlife Fund, provides nature lovers with an armchair tour of the world, focusing on rare species from New Guinea to Hawaii. In clear, concise prose he discusses the circumstances responsible for rarity like evolution, habitat loss, and war. . . . [H]ighly recommended for readers with interests in biology, natural history, and ecology."--Publishers Weekly
"[T]his personable travelogue was such an intellectual delight that I just had to tell you about it...Rereading this book was a joy--it was even better the second time through. The writing is compelling, the stories, captivating, and the scientific data, illuminating and well-chosen. ...engaging and thought-provoking chronicle... Passionate but never histrionic, Dinerstein deftly weaves together findings from many disparate fields of research, along with the urgent necessity to conserve these species."--The Guardian's GrrlScientist blog
"As well as a scientific journey, The Kingdom of Rarities is also an adventure story--to meet the rare species that are central to this tale, the reader travels with the author to exotic locations including remote New Guinea, Hawaii, the heart of the Amazon, and the foothills of the Himalayas . . . this book's topic is fascinating."--The Guardian GrrlScientist blog
"...The Kingdom of Rarities has many virtues. It succeeds in presenting biodiversity research as an adventure and biodiversity conservation as crucial, necessary work. It describes numerous fascinating animals, greatly facilitated in this effort by Trudy Nicholson's beautiful and accurate illustrations. Dinerstein wears his learning lightly but deploys it to good effect. An annotated bibliography identifies books, articles and scientific papers for those who want to learn more about different aspects of rarity and conservation. As is usually the case with books from Island Press, the overall production is of high quality. All in all this is an excellent book."--Biological Conservation

Eric Dinerstein is Chief Scientist with the World Wildlife Fund, where he has spent the past 24 years working to save rare species globally. He began his career in 1975 studying tigers in Nepal as a Peace Corps volunteer and later served as a postdoctoral fellow with the Smithsonian Institution studying rhinoceroses predators.

GOR010758233
The Kingdom of Rarities: The Story of America's Eastern National Forests by Eric Dinerstein
Eric Dinerstein
Used - Very Good
Hardback
Island Press
2013-01-01
312
1610911954
9781610911955
N/A
Book picture is for illustrative purposes only, actual binding, cover or edition may vary.
This is a used book - there is no escaping the fact it has been read by someone else and it will show signs of wear and previous use. Overall we expect it to be in very good condition, but if you are not entirely satisfied please get in touch with us.