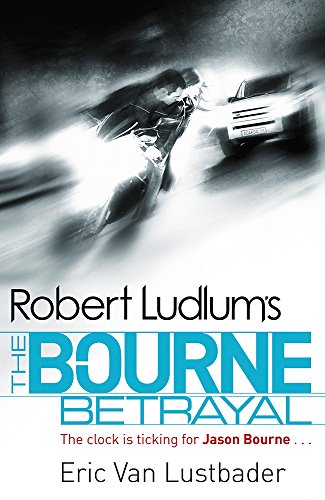 Jason Bourne takes a mission to rescue his only friend in the CIA, Martin Lindros, who disappeared in Africa while tracking shipments of yellowcake uranium.

Once safely back in America, Lindros persuades Bourne to help track the money trail of terrorists buying the nuclear material. Bourne agrees - but soon suffers from confusing flashbacks of unfamiliar places and events. Is someone brainwashing him in order to throw him off the trail?

Worse still, is the man he saved really Martin Lindros? Now Bourne is on his own - gathering evidence, while trying to stay one step ahead of the terrorists who are determined to destroy the USA...

Robert Ludlum is a titan of the thriller genre - and the world's most read writer, selling 300 million copies in 50 countries in 32 different languages.

Eric Van Lustbader is the author of numerous novels in a variety of styles, but is most widely known as the author of twenty international bestselling thrillers including The Ninja and Black Heart. Born in New York City, he currently lives in New York State.

GOR010924460
Robert Ludlum's The Bourne Betrayal by Eric Van Lustbader
Eric Van Lustbader
JASON BOURNE
Used - Like New
Paperback
Orion Publishing Co
2010-02-04
576
1409117634
9781409117636
N/A
Book picture is for illustrative purposes only, actual binding, cover or edition may vary.
The book has been read, but looks new. The book cover has no visible wear, and the dust jacket is included if applicable. No missing or damaged pages, no tears, possible very minimal creasing, no underlining or highlighting of text, and no writing in the margins.