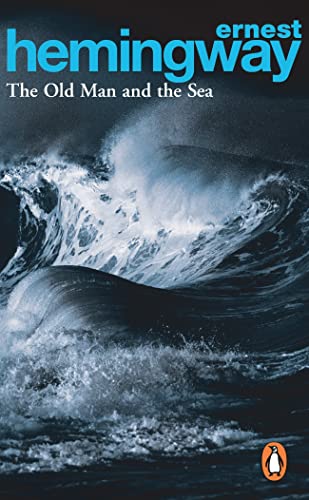 The Old Man and the Sea
by Ernest Hemingway

In Stock
$14.49
inc. GST
The old man has gone 84 days without catching a fish, everything about him is old except his eyes, they are the colour of the sea. He finally catches a fish, but this is no ordinary fish, nor is his fierce and determined response.
Very Good
Only 4 left

The Old Man and the Sea Summary

The Old Man and the Sea by Ernest Hemingway

Set in the Gulf Stream off the coast of Havana, Hemingway's magnificent fable is the story of an old man, a young boy and a giant fish.

Here, in a perfectly crafted story, is a unique and timeless vision of the beauty and grief of man's challenge to the elements in which he lives. Not a single word is superfluous in this widely admired masterpiece, which once and for all established his place as one of the giants of modern literature.

The Old Man and the Sea Reviews

It is unsurpassed in Hemingway's oeuvre. Every word tells and there is not a word too many -- Anthony Burgess
The best story Hemingway has written...No page of this beautiful master-work could have been done better or differently. * Sunday Times *

GOR001251628
The Old Man and the Sea by Ernest Hemingway
Ernest Hemingway
Used - Very Good
Paperback
Cornerstone
1994-01-04
112
0099908409
9780099908401
Winner of Pulitzer Prize Novel Category 1953
Book picture is for illustrative purposes only, actual binding, cover or edition may vary.
This is a used book - there is no escaping the fact it has been read by someone else and it will show signs of wear and previous use. Overall we expect it to be in very good condition, but if you are not entirely satisfied please get in touch with us.