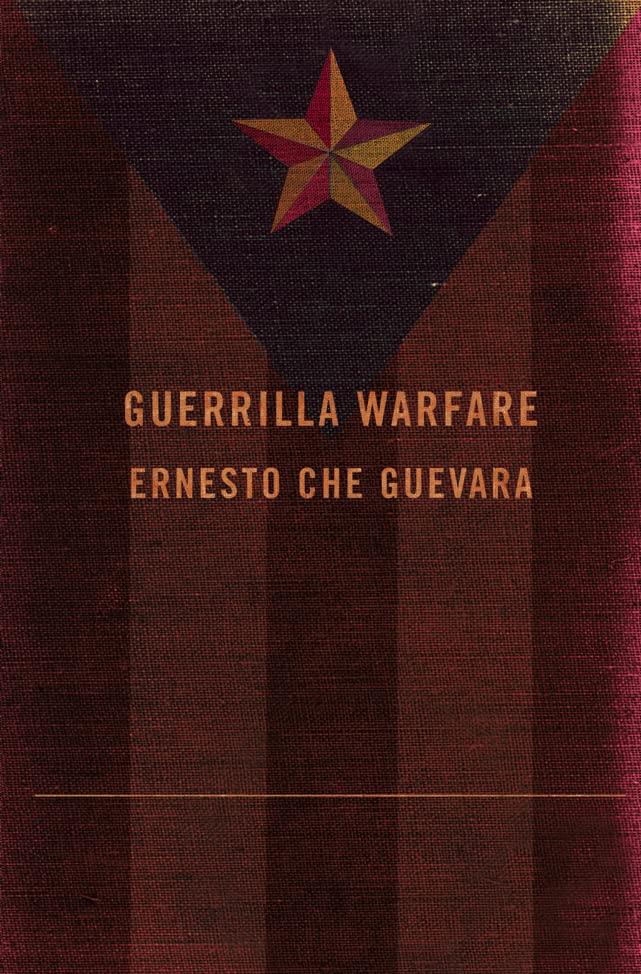 The definitive, authorised version of Che's manifesto on revolution, including his final revisions, completed just before his death. It is both an incisive handbook and an invaluable historical source.

The definitive, authorised version of Che's manifesto on revolution, including his final revisions, completed just before his death. It is both an incisive handbook and an invaluable historical source.

'Home will be the open sky...each guerrilla fighter is ready to die not just to defend an idea, but to make that idea a reality.'

Ernesto `Che' Guevara remains one of the world's most iconic political and revolutionary figures. Fascinating to admirers and adversaries alike, he captured the minds of millions with his leadership and his belief in guerrilla warfare as the only effective agent to achieve political change.

Here, in his own classic text on revolution, Che draws on his first-hand experience of the Cuban campaign to document all aspects of guerrilla warfare, from its aims to its organisation and training. He analyses how in Cuba, against all odds, a small band of dedicated fighters grew in strength with the support of the people to defeat a dictator's army.

`An incredible opportunity to see inside the mind of a revolutionary and learn not just why he fought but how.' Leeds Guide

`In "Guerrilla Warfare" we find the idealism that made Che an icon decades after his death and an inspiration.' Buzz magazine

Praise for `The Motorcycle Diaries':

'What distinguishes these diaries is that they reveal a human side to El Che which historians have successfully managed to suppress...one senses El Che's belief that determination and conviction can be enough to change one's self and others...a joy to read from start to finish.' Financial Times

'Political incorrectness galore...his book should do much to humanise the image of a man who found his apotheosis as a late Sixties cultural icon. It is also, incidentally, a remarkably good travel book about South America.' Scotsman

'Politically-correct revolutionary hero? Perhaps a few years later, but in this account Che Guevara comes over as one of the lads.' Bike News

Ernesto `Che' Guevara was born in Argentina in 1928. After fighting alongside Fidel Castro in the three-year guerilla war in Cuba, he became Minister for Industry following the victory of the Cuban Revolution. In 1966 he established a guerilla base in Bolivia. He was captured and killed in 1967.

GOR002165340
Guerrilla Warfare: The Authorised Edition by Ernesto 'Che' Guevara
Ernesto 'Che' Guevara
Used - Very Good
Paperback
HarperCollins Publishers
2009-01-05
176
0007277202
9780007277209
N/A
Book picture is for illustrative purposes only, actual binding, cover or edition may vary.
This is a used book - there is no escaping the fact it has been read by someone else and it will show signs of wear and previous use. Overall we expect it to be in very good condition, but if you are not entirely satisfied please get in touch with us.