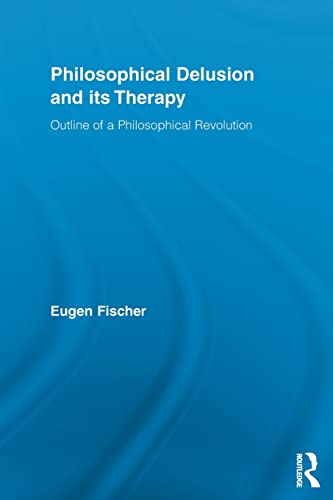 Philosophical Delusion and its Therapy
by Eugen Fischer

Philosophical Delusion and its Therapy Summary

Philosophical Delusion and its Therapy provides new foundations and methods for the revolutionary project of philosophical therapy pioneered by Ludwig Wittgenstein. The book vindicates this currently much-discussed project by reconstructing the genesis of important philosophical problems: With the help of concepts adapted from cognitive linguistics and cognitive psychology, the book analyses how philosophical reflection is shaped by pictures and metaphors we are not aware of employing and are prone to misapply. Through innovative case-studies on the genesis of classical problems about the mind and perception, and on thinkers including Locke, Berkeley and Ayer, the book demonstrates how such autonomous habits of thought systematically generate unsound intuitions and philosophical delusions, whose clash with reality, or among each other, gives rise to ill-motivated but maddening problems. The book re-examines models of therapeutic philosophy, due to Wittgenstein and J. L. Austin, and develops an approach that may let us overcome philosophical delusions and the problems they engender. In this way, the book explains where and why therapy in called for in philosophy, and develops techniques to carry it out.

Philosophical Delusion and its Therapy Reviews

"Potentially revolutionary. Well-written and clearly argued, this book challenges some of our most basic assumptions about how we ought to proceed philosophically and is sure to shake up our tired self-confidence in our philosophical intuitions. A truly innovative book; I know of nothing like it."--Jeremy Wisnewski, Hartwick College, New York

"Fischer develops the concept of philosophical therapy to new heights and depths. His analysis is insightful, comprehensive, and richly back-grounded in many episodes in the history of philosophy, from the genesis of the modern mind-world dichotomy to Wittgenstein's later philosophy."--Dale Jacquette, University of Berne, Switzerland

"The idea that some philosophical problems are due to `diseases of the intellect' and need to be treated like an illness has been mooted before. But no one has developed this thought, nor given it systematic elaboration. Nor has anyone demonstrated by detailed historical analyses how fruitful this conception can be. Fischer's book undertakes these tasks, and executes them with exemplary skill and conviction. His case studies of Locke, Berkeley, Ayer and Wittgenstein are enthralling, as are his methodical examinations of the nature of the mind, the attributes of material things, sense perception, and the phenomenon of sudden understanding."--P. M. S. Hacker, St. John's College, Oxford

"This deeply absorbing book opens up a fresh approach by debunking a long-entrenched myth. The comforting but dangerous myth is that we are the ultimate masters of the language we use and the reasons we give. Through incisive case studies from philosophical history, Fischer demonstrates how various embedded analogies and undetected metaphors can all too quickly make slaves of the masters. The diagnostic insights lead to a fresh approach: a therapeutic back-tracking through the intellectual genealogies that led us into philosophical problems we too easily take as given but may thus come to see through. An excellent, adventurous, provocative book."--Garry Hagberg, Bard College, New York

"This lucid and fascinating book offers both penetrating diagnosis and effective cure of a crucial subset of philosophical problems."--Louis A. Sass, Rutgers University

"This clearly written, insightful and well-argued book makes an important contribution to meta-philosophical discussion, both of the status of philosophical methods of argument and of the underlying sources of philosophical conviction. Philosophers as well as non-philosophers could learn much from this kind of detailed methodological study. A helpful and original book."--Paul Livingston, University of New Mexico

Eugen Fischer, BPhil, DPhil (Oxford), is Lecturer in Philosophy at the University of East Anglia. He is the author of Linguistic Creativity: Exercises in Philosophical Therapy (2000) and has co-edited Wittgenstein at Work: Method in the Philosophical Investigations (Routledge 2004, paperback 2010).

GOR010439816
Philosophical Delusion and its Therapy: Outline of a Philosophical Revolution by Eugen Fischer
Eugen Fischer
Routledge Studies in Contemporary Philosophy
Used - Very Good
Paperback
Taylor & Francis Ltd
2013-04-09
300
041584990X
9780415849906
N/A
Book picture is for illustrative purposes only, actual binding, cover or edition may vary.
This is a used book - there is no escaping the fact it has been read by someone else and it will show signs of wear and previous use. Overall we expect it to be in very good condition, but if you are not entirely satisfied please get in touch with us.