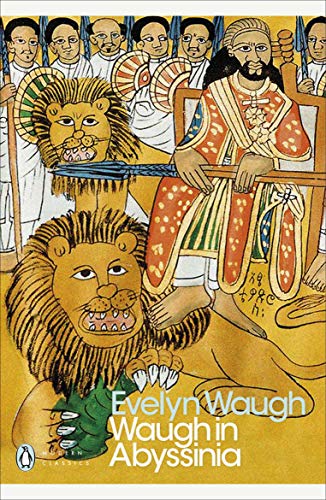 Waugh in Abyssinia
by Evelyn Waugh

Used Price
$20.99
inc. GST
Free Shipping in Australia
In 1935 Italy declared war on Abyssinia and Evelyn Waugh was sent to Addis Ababa to cover the conflict. This title captures the dilemmas and complexities of a feudal society caught up in twentieth-century politics and confrontation.
Reviews:
Trustpilot
Very Good

Waugh in Abyssinia by Evelyn Waugh

In 1935 Italy declared war on Abyssinia and Evelyn Waugh was sent to Addis Ababa to cover the conflict. His acerbic account of the intrigue and political machinations leading up to the crisis is coupled with amusing descriptions of the often bizarre and seldom straightforward life of a war correspondent rubbing shoulders with less-than-honest officials, Arab spies, pyjama-wearing radicals and disgruntled journalists. Witty, lucid and penetrating, Evelyn Waugh captures the dilemmas and complexities of a feudal society caught up in twentieth-century politics and confrontation.

Evelyn Waugh was born in Hampstead in 1903, second son of Arthur Waugh, publisher and literary critic, and brother of Alec Waugh, the popular novelist. He was educated at Lancing and Hertford College, Oxford, where he read Modern History. In 1928 he published his first work, a life of Dante Gabriel Rossetti, and his first novel, Decline and Fall, which was soon followed by Vile Bodies (1930), Black Mischief (1932), A Handful of Dust (1934) and Scoop (1938). Waugh travelled extensively and also wrote several travel books, as well as a biography of Edmund Campion and Ronald Knox. Other famous works include his Sword of Honour trilogy, and Brideshead Revisited (1945).

GOR005359644
Waugh in Abyssinia by Evelyn Waugh
Evelyn Waugh
Penguin Modern Classics
Used - Very Good
Paperback
Penguin Books Ltd
2000-12-07
272
0141185058
9780141185057
N/A
Book picture is for illustrative purposes only, actual binding, cover or edition may vary.
This is a used book - there is no escaping the fact it has been read by someone else and it will show signs of wear and previous use. Overall we expect it to be in very good condition, but if you are not entirely satisfied please get in touch with us.