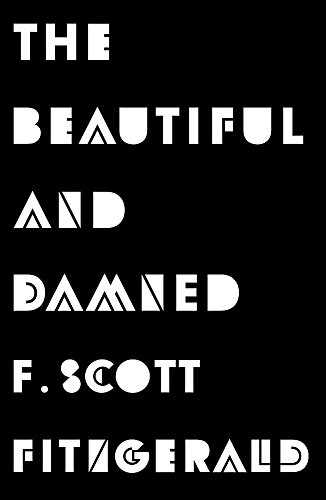 The Beautiful and Damned by F. Scott Fitzgerald

The Beautiful and Damned by F. Scott Fitzgerald

'Here's to alcohol, the rose coloured glasses of life.'

Anthony Patch has told his wealthy grandfather that he is writing a medieval history. But he isn't. Instead he's living a life of lazy decadence among the cafe society of early 1920s New York, oscillating between boredom and recklessness.

When he meets Gloria, he finds a kindred spirit, and the young couple quickly fall in love. But together, they're more destructive than they were apart. Easily bored, they throw money into a glamorous and lavish lifestyle. One they can't sustain. And as they wait on Anthony's delayed inheritance, their heady world spins out of control. Because life is only a party for as long as you can afford it . . .

Born in 1896, Fitzgerald was considered a member of the 'Lost Generation', along with Steinbeck, T.S. Eliot and Waldo Peirce. His novels epitomize the Jazz Age - a term he coined himself - and The Great Gatsby is often considered as 'the great American novel'. Fitzgerald's tempestuous marriage Zelda Fitzgerald inspired all of his novels, none more so that The Beautiful and Damned, a story about a marriage on the brink of collapse.
GOR007247211
The Beautiful and Damned by F. Scott Fitzgerald
F. Scott Fitzgerald
Used - Very Good
Paperback
Orion Publishing Co
2013-10-10
464
1409150364
9781409150367
N/A
Book picture is for illustrative purposes only, actual binding, cover or edition may vary.
This is a used book - there is no escaping the fact it has been read by someone else and it will show signs of wear and previous use. Overall we expect it to be in very good condition, but if you are not entirely satisfied please get in touch with us
Trustpilot