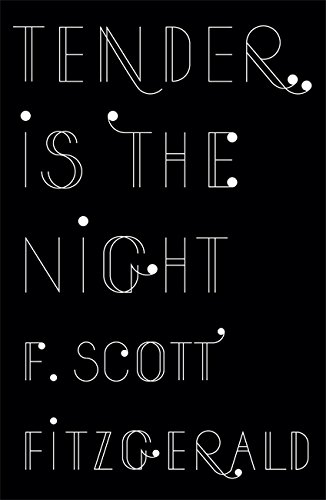 Used Price
$22.49
inc. GST
Free Shipping in Australia
From the author of The Great Gatsby comes a beautiful tale of love, wealth and destruction - set to the backdrop of the 1920s French Riviera.
Reviews:
Trustpilot
Very Good

From the author of The Great Gatsby comes a beautiful tale of love, wealth and destruction - set to the backdrop of the 1920s French Riviera.

1925. In the summer heat of the French Riviera, 18-year-old movie-star Rosemary meets Dick Diver. And for a moment she lives in the bright-blue worlds of his eyes.

But Dick is a married man. He and his glamorous wife Nicole are at the centre of a wealthy and glittering American crowd that laze the holiday season away on the dazzling beaches. Yet, as the drama of the summer unfolds, the idyllic world of the Divers starts to shatter.

A dark secret lies at the heart of Nicole and Dick's marriage. Theirs is a complicated, corrupt love - destined to leave one of them utterly destroyed.

Customer Reviews - Tender is the Night

Tender is the Night Reviews

Book of a lifetime...suffused as it is with both the glamour and poignancy of Fitzgerald's own life: in particular, the failure of his marriage to the lovely, unbalanced Zelda and his acute sense of himself as a great and a ruined artist * INDEPENDENT *
[Tender is the Night is] the novel Fitzgerald liked best of the four he published during his lifetime...has been quietly assuming, over the years, something like the status of an American classic * THE NEW YORKER *

Born in 1896, Fitzgerald was considered a member of the 'Lost Generation', along with Steinbeck, T.S. Eliot and Waldo Peirce. His novels epitomize the Jazz Age - a term he coined himself. His masterpieces include: The Great Gatsby, This Side of Paradise, The Beautiful and Damned and Tender is the Night. His fifth, unfinished, novel, The Love of the Last Tycoon, was published after his death.

GOR006466911
Tender is the Night by F. Scott Fitzgerald
F. Scott Fitzgerald
Used - Very Good
Paperback
Orion Publishing Co
2013-08-22
448
1409149552
9781409149552
N/A
Book picture is for illustrative purposes only, actual binding, cover or edition may vary.
This is a used book - there is no escaping the fact it has been read by someone else and it will show signs of wear and previous use. Overall we expect it to be in very good condition, but if you are not entirely satisfied please get in touch with us.