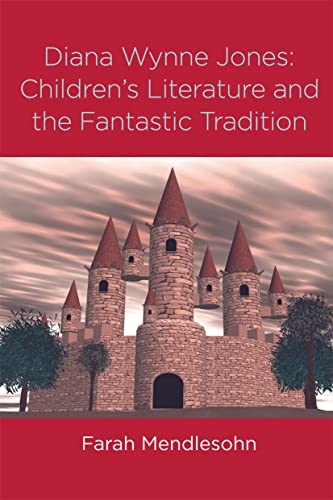 First published in 2005. Routledge is an imprint of Taylor & Francis, an informa company.

"Mendlesohn's thought-provoking and critically informed work...is a valuable source not only for those interested in fantasy or in Jones's output, but also for educators concerned with fostering children's intllectual capacities." Justyna Deszcz-Tryhubczak, Marvels & Tales

"This much needed book will be an invaluable companion to those who are already enthusiastic about the work of Diana Wynne Jones, as well as being a more than useful guide to those as yet relatively unfamiliar with her novels. Mendelsohn's emphasis is on Jones as a writer of critical fantasy, and the distinctions she draws between different varieties of fantasy (such as portal-quest and immersive) are particularly helpful in the light they throw on her claim that Jones's novels are in effect teaching young readers how to read the fantastic intelligently and critically." -- Pat Pinsent, Senior Research Fellow, National Centre for Research in Children's Literature, University of Roehampton
"Farah Mendlesohn has provided an excellent and long overdue study on the fantasy literature of Diana Wynne Jones; her carefully considered insights will shape critical discussions of Jones and her fiction for years to come." -- C.W. Sullivan III, Welsh Celtic Myth and Modern Fantasy

Farah Mendlesohn is a noted science fiction critic and historian. She is Editor of the journal Foundation: the International Review of Science Fiction and has twice served as a judge for the esteemed Arthur C. Clarke award for best work in sf. She co-edited, with Professor Edward James, The Cambridge Companion to Science Fiction.
Series Editor's Foreward Acknowledgments Introduction: The Critical Fictions of Diana Wynne Jones Chapter One. Wilkins' Tooth Chapter Two: Agency and Jones's Understanding of Adolescence Chapter Three: Time Games. Chapter Four: Diana Wynne Jones and the Portal-quest Fantasy Chapter Five: The Immersive Fantasy Chapter Six: Making the Mundane Fantastic: Liminality, Estrangement, Irony and Equipoise Chapter Seven: A Mad Kind of Reasonableness Epilogue Notes Bibliographies
NLS9780415872898
9780415872898
0415872898
Diana Wynne Jones: The Fantastic Tradition and Children's Literature by Farah Mendlesohn
Farah Mendlesohn
New
Paperback
Taylor & Francis Ltd
2009-06-11
242
N/A
Book picture is for illustrative purposes only, actual binding, cover or edition may vary.
This is a new book - be the first to read this copy. With untouched pages and a perfect binding, your brand new copy is ready to be opened for the first time
Trustpilot