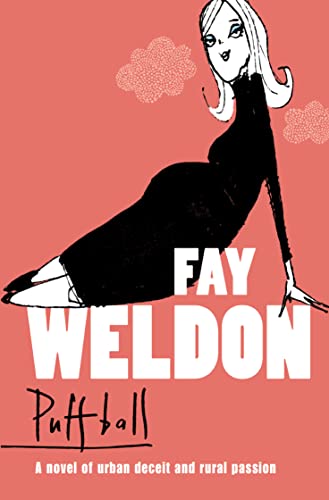 A novel of urban deceit and rural passion, of doctors, witches, birth and death.

A novel of urban deceit and rural passion, of doctors, witches, birth and death.

`Many people dream of country cottages. Liffey dreamed for many years, and saw her dream come true one hot Sunday afternoon, in Somerset, in September... A trap closed around her. The getting of the country cottage, not the wanting - that was the trap.'

Richard and Liffey, a young married couple, follow their dream of moving out of London to a country cottage in the middle of Somerset. Richard continues to live and work in London, coming to stay with Liffey only on weekends.

Pregnant Liffey feels burdened, hampered, at the mercy of these biological impulses beyond her control.

Then there are the odd neighbours, the Tuckers, to reckon with, and the looming shadow of Bella, Richard's lover in London, threatening the rural idyll Liffey had for so long imagined.

With wit and wisdom, Fay Weldon paints a funny and shocking picture of the conflicts within these seemingly conventional lives, conflicts which seem inevitably to stem from the eternal struggle between male and female.

`Magical... she lays out the ingredients of her brew with a kind of manipulative glee, coolly moulding her characters and then neatly skewering them with mockery' Daily Mail

`Weldon, like Dickens, can have her readers perched on the edge of their chairs with excitement by the end of the first page and hold them there in a state of riveted curiosity until the last words.' Evening Standard

`Weldon is a gifted tease of a writer.' Sunday Times

GOR001424837
Puffball by Fay Weldon
Fay Weldon
Used - Very Good
Paperback
HarperCollins Publishers
2003-05-19
352
0007109245
9780007109241
N/A
Book picture is for illustrative purposes only, actual binding, cover or edition may vary.
This is a used book - there is no escaping the fact it has been read by someone else and it will show signs of wear and previous use. Overall we expect it to be in very good condition, but if you are not entirely satisfied please get in touch with us.