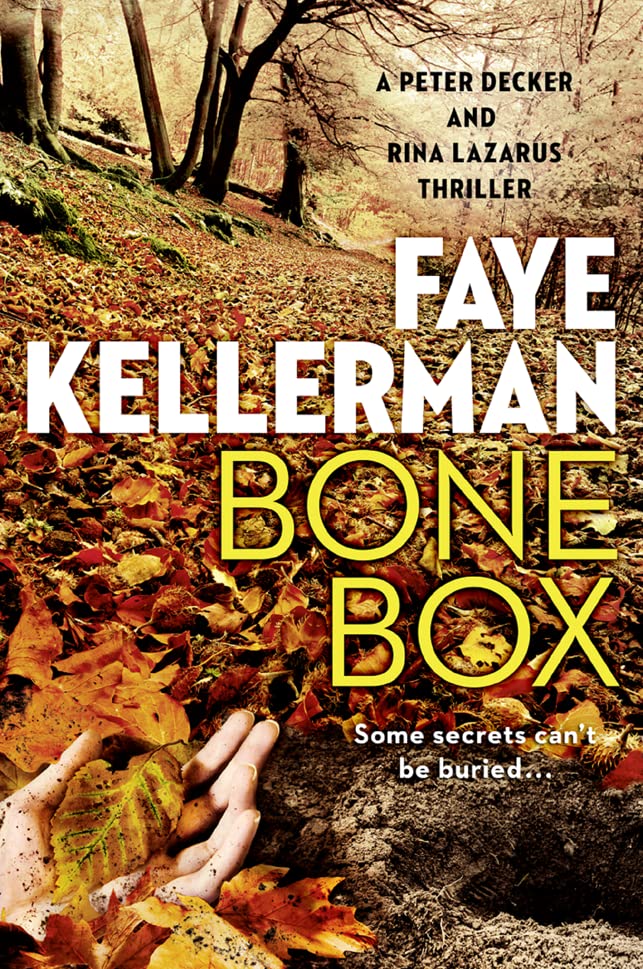 They thought the murders were over.
But now there's a new victim...

On a crisp September morning in the woods of upstate New York, Rina Decker stumbles upon human remains. She calls her husband, Peter, a former detective lieutenant with LAPD. Within hours, the forest is transformed into a frenetic crime scene.

As Decker and his partner, Tyler McAdams, further investigate, they realize they're most likely dealing with a missing student from the Five Colleges of Upstate.

And when more bodies are found in the same area, Decker and McAdams know this isn't just a one-off murder case. Now they must race to protect their community from a psychopathic killer still in the area - and on the hunt for a fresh victim.

`Kellerman is an excellent writer' The Times

'Kellerman creates a claustrophobic atmosphere, against a background of seediness, violence and distrust' Sunday Telegraph

Faye Kellerman is the author of thirty-one novels, including twenty-two New York Times bestselling mysteries that feature the husband-and-wife team of Peter Decker and Rina Lazarus. She has also penned two bestselling short novels with her husband, New York Times bestselling author Jonathan Kellerman and teamed up with her daughter Aliza to co-write a young adult novel, Prism. She lives with her husband in Los Angeles, California, and Santa Fe, New Mexico.

GOR011122801
9780008148874
0008148872
Bone Box (Peter Decker and Rina Lazarus Series, Book 24) by Faye Kellerman
Faye Kellerman
Peter Decker and Rina Lazarus Series
Used - Like New
Paperback
HarperCollins Publishers
2017-07-25
448
N/A
Book picture is for illustrative purposes only, actual binding, cover or edition may vary.
The book has been read, but looks new. The book cover has no visible wear, and the dust jacket is included if applicable. No missing or damaged pages, no tears, possible very minimal creasing, no underlining or highlighting of text, and no writing in the margins
Trustpilot