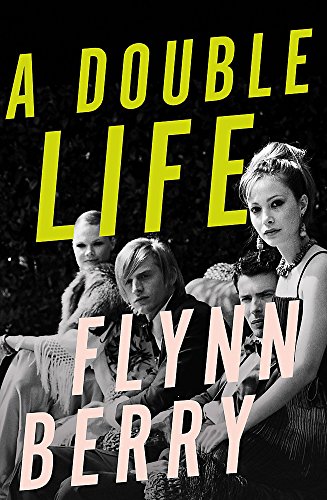 A Double Life
by Flynn Berry

A Double Life: 'Psychological suspense has a new reigning queen' by Flynn Berry

'Confirms the promise of Berry's debut, Under the Harrow... Mesmerisingly effective' The Sunday Times | 'Shocking' Guardian | 'Berry gives the well-worn story of Lord Lucan a fresh twist with this clever tale' i (Best Beach Reads for Summer) | 'A compulsive page-turner' Daily Mail | 'A damning dissection on class and privilege. Fans of Elizabeth Day's The Party will love this' Sarra Manning, Red Online | 'Psychological suspense has a new reigning queen' New York Journal of Books

Some wounds need more than time. They crave revenge.

Claire's father is a privileged man: handsome, brilliant, the product of an aristocratic lineage and an expensive education, surrounded by a group of devoted friends who would do anything for him.

But when he becomes the prime suspect in a horrific attack on Claire's mother - an outsider who married into the elite ranks of society and dared escape her gilded cage - fate and privilege collide, and a scandal erupts.

Thirty years after that hellish night, Claire is obsessed with uncovering the truth, and she knows that the answer is held behind the closed doors of beautiful townhouses and country estates, safeguarded by the same friends who all those years before had answered the call to protect one of their own.

Because they know where Claire's father is.

They helped him escape.

And it's time their pristine lives met her fury.

Praise for Flynn Berry and her first novel Under the Harrow:
'BERRY TRANSFIXES THE READER' Guardian
'THE BOOK'S TRIUMPH IS NORA'S VOICE' The Sunday Times
'AN EXQUISITELY TAUT AND INTENSE DEBUT' Washington Post

Berry skips between Claire's present-day investigations and her reconstruction of her parents' lives almost three decades earlier in this beautifully paced and satisfyingly ominous story. * Observer *
As well as confirming the promise of Berry's debut, Under the Harrow, the book demonstrates that fusing fiction and true crime can be mesmerisingly effective. * The Sunday Times *
Flynn Berry writes thrillingly about women raging against a world that protects cruel and careless men. She's less preoccupied by scenes of abuse than the psychological toll of its threat. Her protagonists seethe over their knowledge of violence and are fueled by a howling grief for its victims. Berry proved in Under the Harrow that her prose can be as blistering as it is lush. Here, too, the writing is rich and moody, without any unnecessary fuss... The ending is as shocking as it is satisfying. * New York Times, Editor's Choice *
[An] interesting ... reimagining of the Lord Lucan story... Berry brings the story to a satisfyingly shocking conclusion. * Guardian *
A compulsive page-turner * Daily Mail *
A Double Life isn't just a whodunit but a damning dissection on class and privilege too. Fans of Elizabeth Day's The Party will love this. * Sarra Manning, Red Online *
A stifling air of unease builds with every page * Prima *
A quietly menacing thriller by up-and-coming talent Flynn Berry. * Good Housekeeping UK *
Psychological suspense has a new reigning queen * New York Journal of Books *
A detailed and compelling story of a family's fallout from a brutal crime, and the search for truth and retribution. * Fanny Blake, Woman & Home *
Berry gives the well-worn story of Lord Lucan a fresh twist with this clever tale which tells the story of a woman determined to bring her father's high society friends to justice. * i - Independent, Best Beach Reads for Summer *
Engrossing * Mail on Sunday *
Thrilling * Good Housekeeping (The 25 Best New Books for Summer 2018) *
Berry's sophomore effort is just as smart and haunting as her Edgar-winning debut, Under the Harrow * CrimeReads (11 Crime Novels You Should Read This Summer) *
Flynn Berry vividly re-imagines one of the most notorious crimes of the 20th century. A Double Life is a thrilling page-turner, but it is also a compassionate and angry book: with forensic precision, Berry picks apart lives derailed by violence and the ways in which class privilege protect the guilty.' * Paula Hawkins, author of THE GIRL ON THE TRAIN and INTO THE WATER *
What a book! A skilful and compelling exploration of families, crime, and class. * Clare Mackintosh, author of I LET YOU GO, I SEE YOU and LET ME LIE *
Clever, thrilling writing that wound me in and left me heartbroken when I turned the last page and realised it was over. * Fiona Barton, author of THE WIDOW and THE CHILD *
Thrilling * Laura Lippman, author of SUNBURN (O Magazine, Summer's Best True Crime-Inspired Thrillers *
Astute... With exquisite pacing, Edgar Award-winner Berry (Under the Harrow) guides us to a stunning conclusion. * Seattle Times *
There are obvious hints of the Lucan case, but Berry makes the story her own, weaving in details that snag at the mind's edge... The story dances between rage and compassion. This struggle between opposing values propels the book to its startling conclusion * Spectator *

FLYNN BERRY is a graduate of the Michener Center and has been awarded a Yaddo residency. She graduated from Brown University.
Her first novel, UNDER THE HARROW, was awarded the Edgar Award for Best First Novel and was called 'a triumph' (Sunday Times) and 'thrilling' (New York Times).
She lives in California.

GOR009877502
A Double Life: 'Psychological suspense has a new reigning queen' by Flynn Berry
Flynn Berry
Used - Very Good
Paperback
Orion Publishing Co
2018-07-31
288
1474607020
9781474607025
N/A
Book picture is for illustrative purposes only, actual binding, cover or edition may vary.
This is a used book - there is no escaping the fact it has been read by someone else and it will show signs of wear and previous use. Overall we expect it to be in very good condition, but if you are not entirely satisfied please get in touch with us.