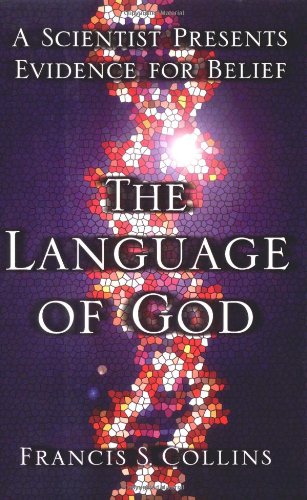 The Language of God
by Francis Collins

Used Price
$33.99
inc. GST
Free Shipping in Australia
Arguably one of the world's most famous scientists, Francis Collins - the head of the Human Genome Project and a former atheist - interweaves science, logic and intuition to present the most powerful argument in decades for the existence of God.
Reviews:
Trustpilot
Very Good

The Language of God Summary

The Language of God: A Scientist Presents Evidence for Belief by Francis Collins

Does science necessarily undermine faith in God? Or could it actually support faith? Beyond the flashpoint debates over the teaching of evolution, or stem-cell research, most of us struggle with contradictions concerning life's ultimate question. We know that accidents happen, but we believe we are on earth for a reason. Until now, most scientists have argued that science and faith occupy distinct arenas. Francis Collins, a former atheist as a science student who converted to faith as he became a doctor, is about to change that. Collins's faith in God has been confirmed and enhanced by the revolutionary discoveries in biology that he has helped to oversee. He has absorbed the arguments for atheism of many scientists and pundits, and he can refute them. Darwinian evolution occurs, yet, as he explains, it cannot fully explain human nature - evolution can and must be directed by God. He offers an inspiring tour of the human genome to show the miraculous nature of God's instruction book. Sure to be compared with C.S. Lewis's MERE CHRISTIANITY, this is a stunning document, whether you are a believer, a seeker, or an atheist.

Customer Reviews - The Language of God

The Language of God Reviews

"What an elegantly written book. In it Francis Collins, the eminent scientist, tells why he is also a devout believer.... A real godsend for those with questioning minds but who are also attracted to things spiritual."

"In today's world, scarred by cultural warfare, it is rare for a scientist to offer a testimony of faith in God. For that scientist to be one of the world's most renowned is rarer still. For his testimony to be so lucid and compelling, combining reason and revelation, science and spirit, is unheard of. "The Language of God" belongs on the shelf of every believer and every seeker."

"The world respects Francis as a brilliant scientist responsible for breakthrough discoveries benefiting mankind. For a decade I have been privileged to admire him as a devoted family man and talented musician with a charmingly sharp wit. This intellectually honest, spiritually grounded reconciliation of God and science helps answer your greatest questions. I was profoundly enlightened and believe this important book should be required reading."

"Francis Collins, one of the world's most distinguished scientists, treats the relationship of science and religion with reason and reverence. Collins's mix of clear technical exposition and personal reflection is infused with an intellectual and spiritual honesty. Everyone who questions how religious faith could be reconciled with scientific knowledge, everyone who fears that modern science attacks the heart of religious faith, everyone interested in an enlightened discussion of a crucial issue of our time should read this book."

GOR002058095
The Language of God: A Scientist Presents Evidence for Belief by Francis Collins
Francis Collins
Used - Very Good
Hardback
Simon & Schuster Ltd
2006-09-04
304
0743286391
9780743286398
Winner of Christianity Today Book Award (Apologetics/Evangelism) 2007 Winner of Christopher Awards (Books for Adults) 2007 Short-listed for Quill Awards (Religion/Spirituality) 2007
Book picture is for illustrative purposes only, actual binding, cover or edition may vary.
This is a used book - there is no escaping the fact it has been read by someone else and it will show signs of wear and previous use. Overall we expect it to be in very good condition, but if you are not entirely satisfied please get in touch with us.