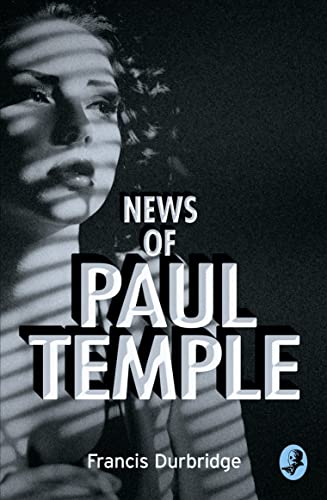 As detective Paul Temple turns his hand to playwright, his leading lady Iris Archer pulls out shortly before the play is due to open and declares that she is heading for France.

As detective Paul Temple turns his hand to playwright, his leading lady Iris Archer pulls out shortly before the play is due to open and declares that she is heading for France.

However, shortly after her disappearance Paul Temple receives a guest at his Scottish holiday home - none other than that of Iris Archer.

The mystery deepens as Temple is asked by a young man to act as postmaster in delivering a letter. Meanwhile someone acting under the codename of Z4 seems to have control of events. Could this be Doctor Steiner, and just who is he? It is all up to Temple . . .

GOR006969410
News of Paul Temple (A Paul Temple Mystery) by Francis Durbridge
Francis Durbridge
A Paul Temple Mystery
Used - Very Good
Paperback
HarperCollins Publishers
2015-06-22
212
0008125600
9780008125608
N/A
Book picture is for illustrative purposes only, actual binding, cover or edition may vary.
This is a used book - there is no escaping the fact it has been read by someone else and it will show signs of wear and previous use. Overall we expect it to be in very good condition, but if you are not entirely satisfied please get in touch with us.