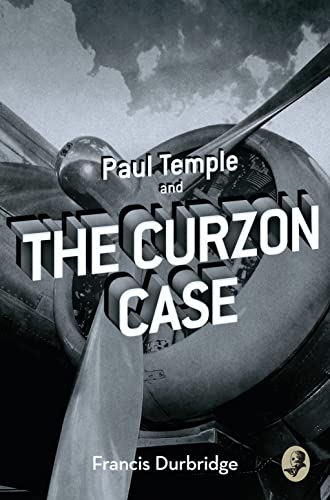 Paul Temple and the Curzon Case
by Francis Durbridge

An aeroplane crash sends billows of fire down the cliffs of Dulworth Bay and two boys from a public school go missing, what connects these two events? Paul Temple is called onto the scene and there's one name that's causing a stir, Curzon.

An aeroplane crash sends billows of fire down the cliffs of Dulworth Bay and two boys from a public school go missing, what connects these two events? Paul Temple is called onto the scene and there's one name that's causing a stir, Curzon.

The mysterious name appears etched on a cricket bat that belongs to one of the missing Baxter boys, but family members and village folk have never even heard of it. As another boy vanishes followed by a devastating murder, Paul has to act swiftly and determine the unknown identity of the killer to put an end to Curzon's reign of terror.

GOR008095695
Paul Temple and the Curzon Case (A Paul Temple Mystery) by Francis Durbridge
Francis Durbridge
A Paul Temple Mystery
Used - Very Good
Paperback
HarperCollins Publishers
2015-10-19
144
0008125740
9780008125745
N/A
Book picture is for illustrative purposes only, actual binding, cover or edition may vary.
This is a used book - there is no escaping the fact it has been read by someone else and it will show signs of wear and previous use. Overall we expect it to be in very good condition, but if you are not entirely satisfied please get in touch with us.