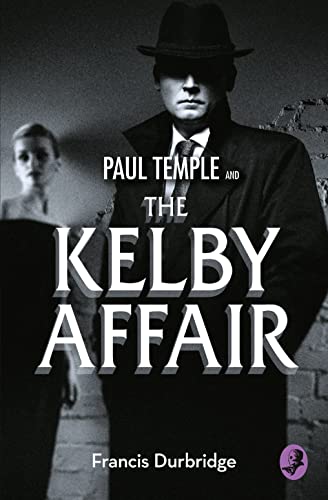 Paul Temple and the Kelby Affair
by Francis Durbridge

Historian Alfred Kelby decides to publish the diaries of Margaret Spender, Lord Delamore's secretary and secret lover. But these diaries go beyond historical records, they are pure scandal.

Historian Alfred Kelby decides to publish the diaries of Margaret Spender, Lord Delamore's secretary and secret lover. But these diaries go beyond historical records, they are pure scandal.

Before the diary can be published, Kelby makes an unsettling disappearance.

Someone is out to get their hands on these potentially explosive diaries no matter what and Temple is desperate to stop them. As he digs deeper into the dark political underworld, it is up to him to find out what really happened to Lord Delamore, the statesman whose death over ten years ago has been shrouded in mystery.

GOR007379717
Paul Temple and the Kelby Affair (A Paul Temple Mystery) by Francis Durbridge
Francis Durbridge
A Paul Temple Mystery
Used - Very Good
Paperback
HarperCollins Publishers
2015-09-10
144
0008125686
9780008125684
N/A
Book picture is for illustrative purposes only, actual binding, cover or edition may vary.
This is a used book - there is no escaping the fact it has been read by someone else and it will show signs of wear and previous use. Overall we expect it to be in very good condition, but if you are not entirely satisfied please get in touch with us.