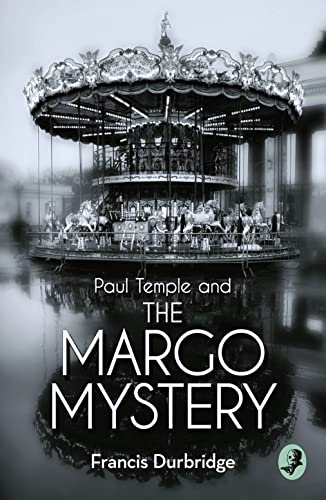 Paul Temple and the Margo Mystery
by Francis Durbridge

What could possibly connect expensive Margo `designer' coats, an industrialist, a petrified celebrity, and a psychiatrist with a peculiar secretary?

What could possibly connect expensive Margo `designer' coats, an industrialist, a petrified celebrity, and a psychiatrist with a peculiar secretary?

A potent murder plot is underway when a terrifying warning is received on the grounds of a funfair. It's up to Paul to unravel a disturbing set of mysteries that turns this funhouse into a deadly death trap.

`The Margo Mystery is one of the best in the series... the novel is hard to put down.'-Daily Mail

GOR007915148
Paul Temple and the Margo Mystery (A Paul Temple Mystery) by Francis Durbridge
Francis Durbridge
A Paul Temple Mystery
Used - Very Good
Paperback
HarperCollins Publishers
2015-11-05
226
0008125767
9780008125769
N/A
Book picture is for illustrative purposes only, actual binding, cover or edition may vary.
This is a used book - there is no escaping the fact it has been read by someone else and it will show signs of wear and previous use. Overall we expect it to be in very good condition, but if you are not entirely satisfied please get in touch with us.