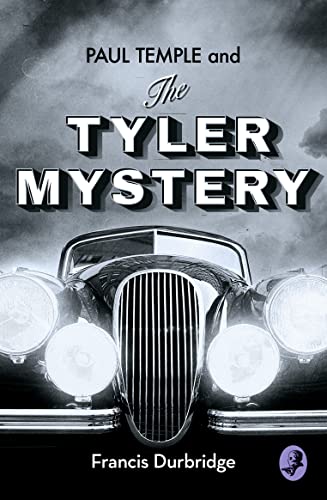 Paul Temple and the Tyler Mystery
by Francis Durbridge

Working in tandem with his astute and elegant wife Steve, Temple takes up the scent and discovers a dark secret that places them both in mortal danger.

`Paul Temple commands a greater audience than any film actor or stage star. Temple's adventures are listened to by millions of people all over the world. Temple is the modern Sherlock Holmes.' Evening Standard

`I enjoy every minute of Paul Temple. It's great!' Daily Express

`Mr Temple, the novelist with a genius for detection, is a phenomenon . . . probably the most famous of all modern fictional characters.' London Evening News

`Paul Temple has broken all records. The most famous . . . most persistently popular detective.' Radio Times

GOR008780005
Paul Temple and the Tyler Mystery (A Paul Temple Mystery) by Francis Durbridge
Francis Durbridge
A Paul Temple Mystery
Used - Very Good
Paperback
HarperCollins Publishers
2017-07-24
208
0008252904
9780008252908
N/A
Book picture is for illustrative purposes only, actual binding, cover or edition may vary.
This is a used book - there is no escaping the fact it has been read by someone else and it will show signs of wear and previous use. Overall we expect it to be in very good condition, but if you are not entirely satisfied please get in touch with us.