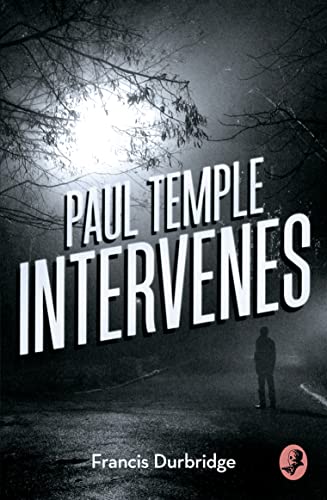 In a small country lane, the well-known American, Myron Harwood, is found dead. The murder heralds the start of a spate of celebrity deaths - and each time the victim is found with a small white piece of cardboard, bearing the inscription `The Marquis'.

When a woman is pulled from the river with the same note attached to her dress, Paul Temple sends a note to Sir Graham Forbes. His message reads: `is it true what they say about Rita?' Rita Cartwright was a private detective hired to investigate the Marquis murders - and now she is the eighth victim. The police are baffled and the Home Secretary is calling for Paul Temple to intervene...

GOR010536546
Paul Temple Intervenes (A Paul Temple Mystery) by Francis Durbridge
Francis Durbridge
A Paul Temple Mystery
Used - Like New
Paperback
HarperCollins Publishers
2015-08-13
230
0008125627
9780008125622
N/A
Book picture is for illustrative purposes only, actual binding, cover or edition may vary.
This is a used book - there is no escaping the fact it has been read by someone else and it will show signs of wear and previous use. Overall we expect it to be in very good condition, but if you are not entirely satisfied please get in touch with us.