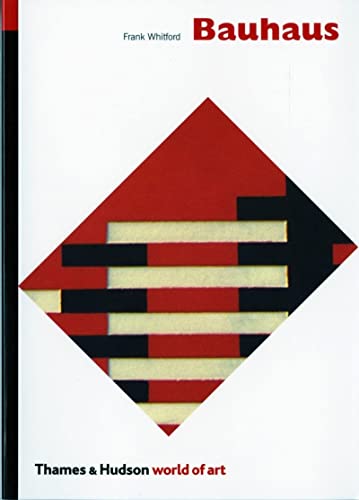 Out of Stock
$18.49
inc. GST
Traces the history of the German school of art, the Bauhaus, and examines the activities of its teachers and students.
Like New
Only 0 left

The way our environment looks, the appearance of everything from housing estates to newspapers, is partly the result of a school of art and design founded in Germany in 1919 and closed down by the Nazis in 1933. This was the Bauhaus, which has left an indelible mark on art education throughout the world.

Setting everything against a backdrop of the times, Frank Whitford traces the ideas behind its conception and describes its teaching methods. He examines the activities of the teachers - artists as eminent as Paul Klee and Kandinsky - and the daily lives of the students. Everything is described with the aid, wherever possible, of the words of those who were there at the time.

Frank Whitford was an art historian and critic, and one of Britain's leading experts on 20th-century German and Austrian art. During his varied career, he lectured on the history of art at University College London and Homerton College, Cambridge, wrote several books and served as a newspaper art critic. From 1983 onwards he was a senior member of Wolfson College, Cambridge.

GOR010435343
Bauhaus by Frank Whitford
Frank Whitford
World of Art
Used - Like New
Paperback
Thames & Hudson Ltd
1984-05-01
216
0500201935
9780500201930
N/A
Book picture is for illustrative purposes only, actual binding, cover or edition may vary.
The book has been read, but looks new. The book cover has no visible wear, and the dust jacket is included if applicable. No missing or damaged pages, no tears, possible very minimal creasing, no underlining or highlighting of text, and no writing in the margins.