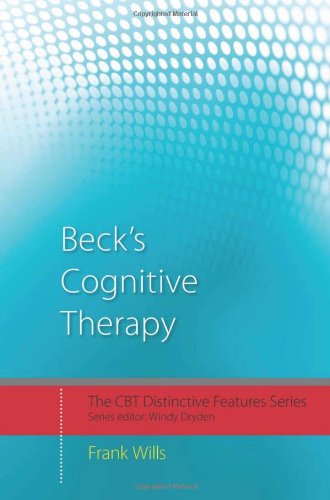 In Stock
$118.99
+10% GST
Explores the key contributions made by Aaron T Beck to the development of cognitive behaviour therapy (CBT). This book considers the theory and practice of Beck's cognitive therapy by examining his contribution to the understanding of psychopathology, and going on to explore his suggestions about the best methods of treatment.
Very Good
Only 1 left

This book provides a concise account of Beck's work against a background of his personal and professional history. The author, Frank Wills, considers the theory and practice of Beck's cognitive therapy by firstly examining his contribution to the understanding of psychopathology, and going on to explore Beck's suggestions about the best methods of treatment. Throughout the book a commentary of how Beck's thinking differs from other approaches to CBT is provided, as well as a summary of the similarities and differences between Beck's methods and other forms of treatment including psychoanalysis and humanistic therapy.

Beck's Cognitive Therapy will be ideal reading for both newcomers to the field and experienced practitioners wanting a succinct guide.

"This is a great easy read of Beck's personal history through his substantial contribution to cognitive therapy as we know it today... A major impact of this book will be for those who believe CBT is too scripted, too directive and too 'one size fits all' as the author impresses on us the need for individualised perceptive use of methods for each specific client and disorder." - Norman Beecher, Addiction Today, July-August 2010

"Frank Wills provides a practical synopsis that is basic enough for the novice but detailed enough to provide an excellent review for the more seasoned clinician...A succinct accounting of Beck's distinct contributions to the field of psychotherapy against a background of his career." -Barbara Cubic, Ph.D, in PsycCRITIQUES, Vol. 54, Release 41.

Frank Wills is an independent cognitive psychotherapist, supervisor, and trainer in Bristol, and a tutor at the University of Wales, Newport.

GOR010090430
Beck's Cognitive Therapy: Distinctive Features by Frank Wills (Independent Practitioner and Researcher, UK)
Frank Wills (Independent Practitioner and Researcher, UK)
CBT Distinctive Features
Used - Very Good
Hardback
Taylor & Francis Ltd
2009-02-27
192
0415439515
9780415439510
N/A
Book picture is for illustrative purposes only, actual binding, cover or edition may vary.
This is a used book - there is no escaping the fact it has been read by someone else and it will show signs of wear and previous use. Overall we expect it to be in very good condition, but if you are not entirely satisfied please get in touch with us.