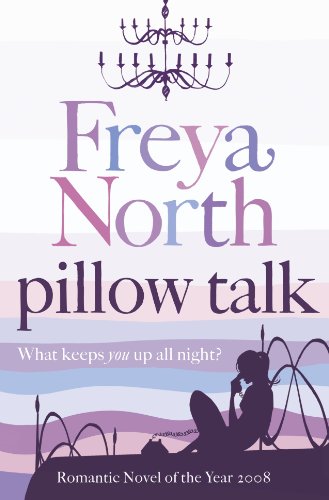 What keeps you up all night?

What keeps you up all night?

They were high-school sweethearts who hadn't seen each other for seventeen years. And suddenly they're in front of each other - in a tiny sweet shop in the middle of nowhere. Neither can quite believe it.

These days, Petra works in London as a jeweller while Arlo has left his rock-and-roll lifestyle for the wilds of North Yorkshire. Out of the blue, their paths have just crossed. But for first love to have a second chance both must put their pasts to bed. However, there are skeletons in Arlo's closet which keep him up at night. And just what is it that causes Petra to sleepwalk?

'I defy anyone who doesn't fall in love with it!' Glamour

`If you like chick-lit with a generous side-helping of sex, you'll devour this. An eye-poppingly sexy start leads into a family reunion laced with secrets. Tangled mother/daughter relationships unravel and tantalising family riddles keep you glued to the end ' Cosmopolitan

`Tantrums, tarts, tears and text-sex...what's not to love about this cautionary tale for true romantics?' Heat

`A distinctive storytelling style and credible, loveable characters...an addictive read that encompasses the stuff life is made of: love, sex, fidelity and, above all, friendship' Glamour

Freya North gave up a Ph.D. to write her first novel, Sally. For four years she turned deaf ears to parents and friends who pleaded with her to "get a proper job". She went on the dole and did a succession of freelance and temping jobs. Five publishers entered a bidding war for the book, and her first novel, Sally, was published to great acclaim. Her subsequent books, Chloe, Polly, Cat, Fen, Pip , Love Rules, Home Truths and Pillow Talk have all proved bestsellers.

GOR000586771
Pillow Talk by Freya North
Freya North
Used - Very Good
Paperback
HarperCollins Publishers
2008-02-04
448
0007245920
9780007245925
Winner of Romantic Novelists' Association Awards: Romantic Novel of the Year 2008
Book picture is for illustrative purposes only, actual binding, cover or edition may vary.
This is a used book - there is no escaping the fact it has been read by someone else and it will show signs of wear and previous use. Overall we expect it to be in very good condition, but if you are not entirely satisfied please get in touch with us.