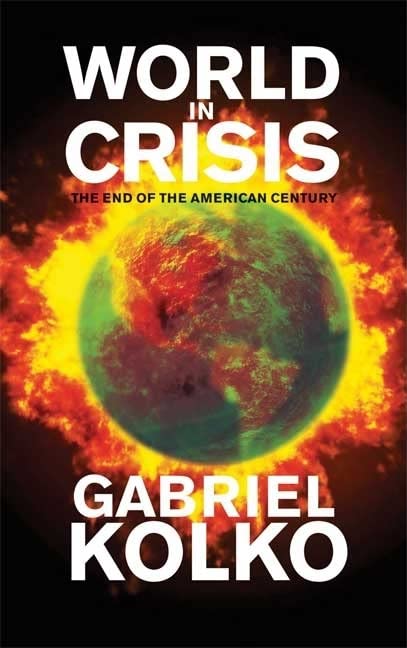 World in Crisis
by Gabriel Kolko

World in Crisis: The End of the American Century by Gabriel Kolko

World in Crisis is a new book from one of the world's leading scholars.

Gabriel Kolko provides a panoramic overview of the problems facing the US and the world today. Each chapter covers a key topic, spanning a range of international issues including the current financial crisis, the limits of US foreign policy, the politicisation of intelligence, and why a war with Iran would by likely to culminate in disaster for the US. Kolko also outlines why changes in military technology make all wars, no matter who fights them, increasingly futile.

At the heart of the book is the idea that the international system is in the grip of a great transition. Kolko shows how America is losing its dominance, and examines the profound changes we are experiencing as it is forced to accept the limits of its military power.

Gabriel Kolko was a scholar and activist who wrote widely on sociology, philosophy, and history. He is the author of fourteen books, including World in Crisis (Pluto, 2009).

Introduction 1. The Financial Crisis 2. The Contours of Recent American Foreign Policy 3. Alliances and NATO 4. Israel: A Stalemated Accident of History 5. The United States and War With Iran 6. The Limits of Intelligence 7. Technology and the Future of Warfare Conclusion Notes Index