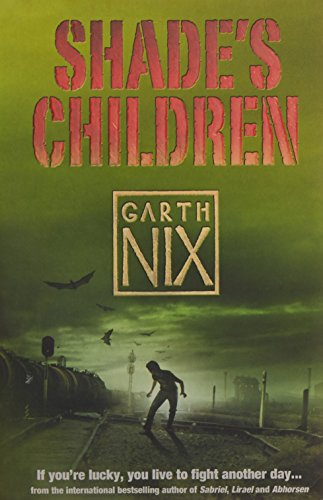 In a futuristic urban wasteland, evil Overlords have decreed that no child shall live a day past his fourteenth birthday. On that Sad Birthday, the child is the object of an obscene harvest resulting in the construction of a machinelike creature whose sole purpose is to kill.

The mysterious Shade - once a man, but now more like the machines he fights - recruits the few children fortunate enough to escape. With luck, cunning, and skill, four of Shade's children come closer than any to discovering the source of the Overlords' power - and the key to their downfall. But the closer the children get, the more ruthless Shade seems to become...

"Infused with all the qualities we've come to expect of Garth Nix's futuristic adventures... It's exciting stuff... [and] a worthy addition to the genre." Inis

"The twists and turns of the action-filled plot are compelling." Publishers Weekly

"A dynamic page-turner. Fast-paced action and the intensity of the entire situation make for exciting reading." ALA Booklist

"Combines plenty of comic-book action in a sci-fi setting to produce an exciting read... An action-adventure with uncommon appeal outside the genre." Kirkus

GOR000828310
Shade's Children by Garth Nix
Garth Nix
Used - Very Good
Paperback
HarperCollins Publishers
2007-08-01
352
0007174985
9780007174980
N/A
Book picture is for illustrative purposes only, actual binding, cover or edition may vary.
This is a used book - there is no escaping the fact it has been read by someone else and it will show signs of wear and previous use. Overall we expect it to be in very good condition, but if you are not entirely satisfied please get in touch with us.