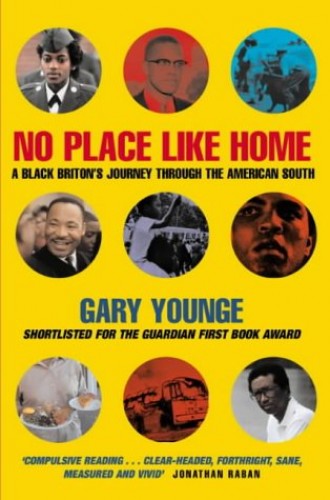 No Place Like Home: A Black Briton's Journey through the American South by Gary Younge

Gary Younge grew up in the South - Stevenage in Hertfordshire. Growing up in a Home Counties New Town with Barbadian parents, he had to look elsewhere for a sense of racial identity; he found it across the Atlantic, in America's Deep South. In No Place Like Home, Gary Younge meets the myth of his formative years, showing how Southerners both black and white react to a man who looks local but sounds foreign, exploring how the South has changed, and why much of it has stayed the same. No Place Like Home is a provocative, witty and passionate polemic about race in Britain and the United States.

`More than a piece of travel writing . . . a compelling exploration of racial identity and the problems of growing up clever, black and angry in small-town Stevenage . . . Younge is a fine journalist - thoroughgoing, clear-minded and meticulous, and he writes in measured, lucid prose . . . Next, please take a trip around the UK, Gary Younge, and write about it. Your country needs you' Evening Standard

`A lively fusion of travelogue, research and memoir' The Times

Gary Younge was born in 1969. he is a columnist and feature writer for the Guardian. Since joining the paper in 1994 he has written extensively from the United States, South Africa and throughout Europe. In 1996 he was seconded to the Washington Post after being awarded the Lawrence Stern fellowship. Born and raised in Stevenage, Hertfordshire, he studied French and Russian at Heriot-Watt University and taught English to refugees in Sudan. He lives in London.

GOR001704610
No Place Like Home: A Black Briton's Journey through the American South by Gary Younge
Gary Younge
Used - Very Good
Paperback
Pan Macmillan
2000-10-06
288
0330369814
9780330369817
Short-listed for Guardian First Book Award 1999
Book picture is for illustrative purposes only, actual binding, cover or edition may vary.
This is a used book - there is no escaping the fact it has been read by someone else and it will show signs of wear and previous use. Overall we expect it to be in very good condition, but if you are not entirely satisfied please get in touch with us.