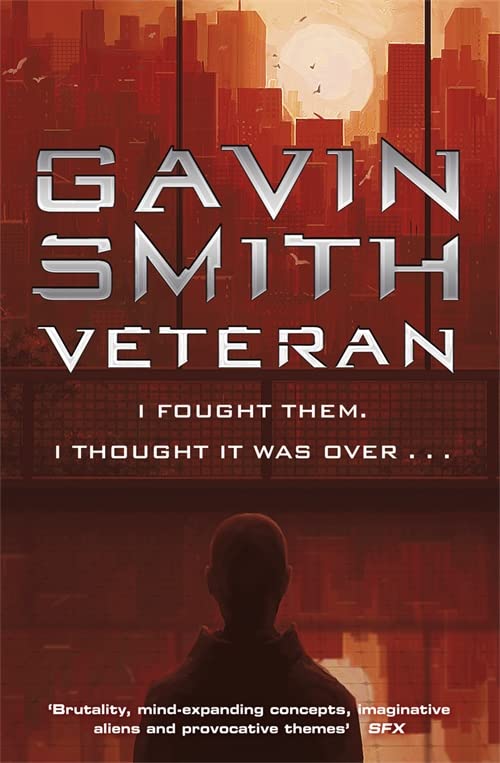 In Stock
$11.49
+10% GST
A powerhouse SF debut - a jawdroppingly vivid hell-on-earth future, a brutal war against unknowable aliens and Jake - a harder than all the rest anti-hero it's impossible not to love.
Very Good
Only 3 left

Three hundred years in our future, in a world of alien infiltrators, religious hackers, a vast convoying nation of Nomads, city sized orbital elevators, and a cyborg pirate king who believes himself to be a mythological demon Jakob is having a bad day:

"Nothing gets in the way of a hangover like being reactivated by your old C.O. and told to track down an alien killing machine. The same kind of killing machine that wiped out my entire squad. And now it's in my hometown.

My name is Jakob Douglas, ex-special forces. I fought Them. Just like we've all been doing for 60 bloody years. But I thought my part in that was done with.

My boss has other ideas. If I didn't find the infiltrator then he'd let the Grey Lady loose on me. And believe me; even They've got nothing on her. So I took the job. It went to shit even faster than normal.

And now I'm on the run with this teenage hacker who's had enough of prostitution. The only people I can rely on want to turn the internet into God. And now it turns out that They aren't quite what we'd all thought.

I've been to the bottom of the sea and the top of the sky and beyond trying to get to the truth.

And I still can't get far enough away from the Grey Lady. All things considered I'd rather be back at home deep in a whiskey bottle."

Veteran is a fast paced, intricately plotted violent SF Thriller set in a dark future against the backdrop of a seemingly never ending war against an unknowable and implacable alien enemy.

I have no hesitation in recommending Veteran, I really couldn't put it down and the novel has left a lasting impression that will not fade for some time. * SFBOOK.COM *
Age Of Scorpio announces loud and clear that in Gavin Smith an exceptional talent has arrived to uplift SF. The book is a master class of twisting plot lines that celebrate both the weird and astounding, amid a future that's deeply unnerving yet equally compelling. -- Peter F Hamilton
Gavin Smith's writing is a brutal kaleidoscope of imagination, with the raw energy of a heavy metal album cover: equally dazzling with bloodthirsty ancient Picts and the fallen post-humans of tomorrow. -- Hannu Rajaniemi, author of The Causal Angel

Gavin G. Smith is the Dundee-born author of the hard edged, action-packed SF novels Veteran, War in Heaven, Age of Scorpio, A Quantum Mythology and The Beauty of Destruction, as well as the short story collection Crysis: Escalation. He has collaborated with Stephen Deas as the composite personality Gavin Deas and co-written Elite: Wanted, and the shared world series Empires: Infiltration and Empires: Extraction.

GOR003239080
Veteran by Gavin G. Smith
Gavin G. Smith
Used - Very Good
Paperback
Orion Publishing Co
2011-05-12
448
0575094117
9780575094116
Short-listed for John W Campbell Award 2011 (UK)
Book picture is for illustrative purposes only, actual binding, cover or edition may vary.
This is a used book - there is no escaping the fact it has been read by someone else and it will show signs of wear and previous use. Overall we expect it to be in very good condition, but if you are not entirely satisfied please get in touch with us.