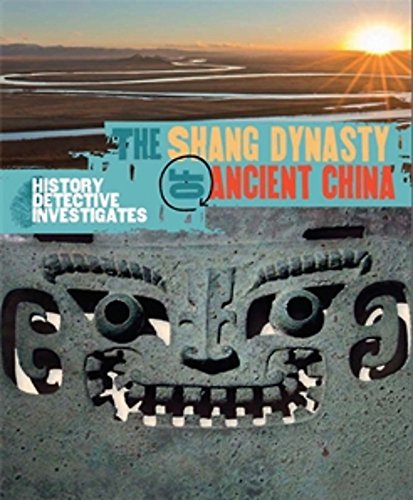 The History Detective Investigates: The Shang Dynasty of Ancient China
by Geoff Barker

In Stock
$17.99
inc. GST
History Detective Investigates helps you to discover all about history from the Stone Age to the World Wars. See how people lived in different times and the characteristics that shaped each period in history.
Very Good
Only 1 left

The History Detective Investigates: The Shang Dynasty of Ancient China by Geoff Barker

The Shang Dynasty was the second dynasty of the three dynasty periods. It followed on from the Xia Dynasty. It was the first dynasty to provide written records of the life in China and it is renowned for making great contributions to Chinese civilisation.

Founded sometime around 1600BCE The Shang Dynasty was governed by a series of about 29 kings over a 600 year period. They were situated along the Yellow River Valley and historians know a lot about their lives from the discovery of the oracle bones, ancient tombs and cities and other artefacts.

The Shang Dynasty is known for the invention of early writing, the development of a government, their skill with bronze and their use of the chariot and bronze weapons in warfare.

Contains maps, paintings, artefacts and photographs to show what life was like under the Shang Dynasty.

Ideally suited for readers age 8+ or teachers who are looking for books to support the new curriculum for 2014.

If you enjoy reading about The Shang Dynasty of Ancient China then take a look at Stone Age to Iron Age, The Mayan Civilization, Early Islamic Civilization and The Indus Valley.

Geoff Barker has written a number of titles for both children and adults. His book subjects include history, social and environmental sciences, biology and geography. Geoff used to work in book publishing before he became an author. He is married with children and lives and works in Scotland.

GOR008868356
The History Detective Investigates: The Shang Dynasty of Ancient China by Geoff Barker
Geoff Barker
History Detective Investigates
Used - Very Good
Paperback
Hachette Children's Group
2015-06-11
32
0750294191
9780750294195
N/A
Book picture is for illustrative purposes only, actual binding, cover or edition may vary.
This is a used book - there is no escaping the fact it has been read by someone else and it will show signs of wear and previous use. Overall we expect it to be in very good condition, but if you are not entirely satisfied please get in touch with us.