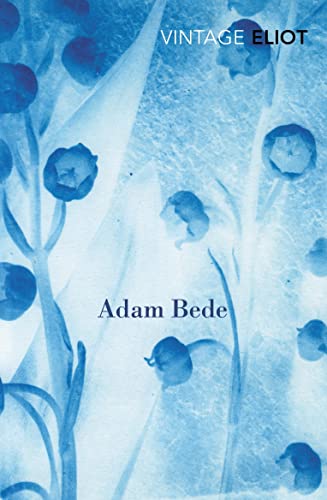 In Stock
$18.99
inc. GST
George Eliot's first novel shows all her humane intelligence and intimate knowledge of the richness and complexity of ordinary life. .
Like New Well Read
Only 2 left

It may seem like an old tale: the beautiful village girl, her faithful admirer, a country squire's seduction. But seen through the eyes of any of its players, the old tale becomes one of fresh heartbreak, innocent hopes, best intentions gone awry, and better selves lost and restored. George Eliot's first novel shows all her humane intelligence and intimate knowledge of the richness and complexity of ordinary life.

A first-rate novel * The Times *
From Adam Bede to Daniel Deronda, she questioned her times. She plumbed ideas, politics, religion, race, and above all the vagaries of the heart * Guardian *
A disconcerting mixture of High Victorian and snappily contemporary. The sentences tend to be massive, slow-moving but deadly accurate: the characters' motivations are dissected, the moral puzzles presented with great clarity * Independent *
The whole country life that the story is set in, is so real, and so droll and genuine, and yet so selected and polished by art, that I cannot praise it enough to you -- Charles Dickens

George Eliot was born in Nuneaton on 22nd November 1819. Baptized Mary Anne Evans, Eliot chose to write using a male pen name. She was sent away to school but returned when her mother died in 1836.She later moved to Coventry with her father.After her father's death she became the Assistant Editor of the Westminster Review in 1851. She also met George Henry Lewes this year and they became partners for the rest of his life. Lewes was already married, although he and his wife both considered their relationship to be an open one, but he and Eliot set up home together, much to the dismay of polite London society.

In 1857 Eliot published Amos Barton in Blackwood's Magazine and in 1859 her novel Adam Bede was published to great acclaim.Her first attempt to write Middlemarch, her most famous novel, ended in failure. Abandoning it, she began a short novella entitled Miss Brooke which was eventually integrated into the final version of Middlemarch. The novel was published serially in eight parts in 1871. Lewes died in 1878 and Eliot married again in 1880. Her husband, John Walter Cross was an American who was twenty years her junior. George Eliot died on 22nd December 1880 at 4 Cheyne Walk, Chelsea and is buried in Highgate Cemetery next to Lewes.

GOR010613169
Adam Bede by George Eliot
George Eliot
Used - Like New
Paperback
Vintage Publishing
2016-11-03
624
0099577283
9780099577287
N/A
Book picture is for illustrative purposes only, actual binding, cover or edition may vary.
The book has been read, but looks new. The book cover has no visible wear, and the dust jacket is included if applicable. No missing or damaged pages, no tears, possible very minimal creasing, no underlining or highlighting of text, and no writing in the margins.