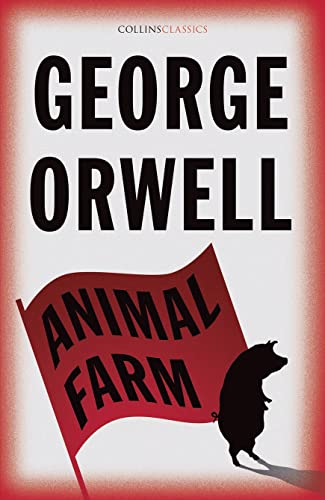 The international bestselling classic from the author of Nineteen Eighty-Four.

The international bestselling classic from the author of Nineteen Eighty-Four.

The animals at Manor Farm have had enough of Farmer Jones - he's drunk, he's reckless and he cares little for the welfare of his animals. When Old Major, the old boar, calls a meeting, the animals are enthralled by his revolutionary plans, convinced that with the despot Jones overthrown, they can thrive on their own.

However, soon after the farmer is banished from Manor Farm, the pigs begin to vie for control amongst themselves; the promised comforts never appear, no matter how hard they work; and their leaders begin to bear an uncanny resemblance to the very men they said they despised...

George Orwell's renowned fable became an instant success on publication after the Second World War. The novel has continued to captivate readers of all ages, and has secured Orwell's position as one of the great writers of the twentieth century.

NGR9780008442637
9780008442637
0008442630
Animal Farm (Collins Classics) by George Orwell
George Orwell
Collins Classics
New
Paperback
HarperCollins Publishers
2021-01-07
144
N/A
Book picture is for illustrative purposes only, actual binding, cover or edition may vary.
This is a new book - be the first to read this copy. With untouched pages and a perfect binding, your brand new copy is ready to be opened for the first time
Trustpilot