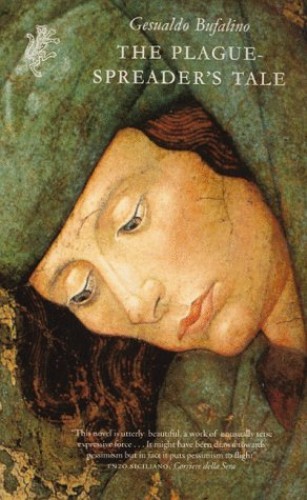 The Plague-spreader's Tale
by Gesualdo Bufalino

In the last months of World War II, a young man with a fatal disease, straight out the army, is sent to a TB sanatorium near Palermo. In the long, hot summer of 1946, at an evening of amateur theatricals organised by the doctor, our narrator falls in love with Marta, a young ballerina who has not lost her grace.

The Plague-spreader's Tale by Gesualdo Bufalino

In the last months of World War II, a young man with a fatal disease, straight out the army, is sent to a TB sanatorium near Palermo. It feels like a leper colony- people arrive, but never leave until they are dead, usually in a matter of months. Even the doctor has the illness in his cells. But the sap of life cannot be stopped from flowing.

The men's and women's wings of the sanatorium are strictly segregated, but there are permits to go into town for patients who have passed a screening; there are little boys to run lovers' errands; and there is human ingenuity. In the long, hot summer of 1946, at an evening of amateur theatricals organised by the doctor, our narrator falls in love with Marta, a young ballerina who has not lost her grace. But what sort of future can be expected of such a romance?

Elegant and arresting, the writing moves seamlessly beyond the particularity of individual experience to confront the mysteries around which our lives ebb and flow * Publishers Weekly *
Bufalino is an extraordinary writer, an exceptionally controlled stylist, he relishes words, their music, their tiniest shades of meaning -- Claudio Marabini * Resto di Carlino *
A work of severe, desperate beauty -- G. Barberi Squarotti * Stampa *
This novel is utterly beautiful, a work of unusually terse, expressive force... It might have been drawn towards pessimism but in fact it puts pessimism to flight -- Enzo Siciliano * Corriere della Sera *

Gesualdo Bufalino was born in Comiso, Sicily, in 1920. He studied literature at Catania and Palermo, and was a teacher by profession, turning author only after his retirement in 1976. He started The Plague-spreader's Tale, his first novel, in 1950, but it was only in 1981, after he had taken the discarded manuscript out of the drawer at the prompting of his fellow-Sicilian writer Leonardo Sciascia and reworked it, that it was published; it won the Campiello Prize. The novel is to a great extent based on his own experience: in it the narrator looks back over twenty-five years to November 1946 when he left the Sanatorium, healed. This novel was soon followed by Blind Argus, then by Night's Lies, which won the prestigious Strega prize. Both novels are published by Harvill, as also a collection of short stories, The Keeper of Ruins. Bufalino died in 1996, leaving a last novel, Thomas and the Blind Photographer, also published by Harvill.

Patrick Creagh won the John Florio Prize for his translation of Blind Argus. In addition to his translation of Night's Lies and The Keeper of Ruins, he brought to an English-language readership the work of many leading Italian writers, including Brancati, Vassalli, Magris, Morazzoni, Satta, Ortese and Tabucchi. He was also a considerable poet in his own right. He died in September 2012.

GOR002569239
The Plague-spreader's Tale by Gesualdo Bufalino
Gesualdo Bufalino
Used - Very Good
Paperback
Vintage Publishing
1999-07-15
145
1860466087
9781860466083
N/A
Book picture is for illustrative purposes only, actual binding, cover or edition may vary.
This is a used book - there is no escaping the fact it has been read by someone else and it will show signs of wear and previous use. Overall we expect it to be in very good condition, but if you are not entirely satisfied please get in touch with us.