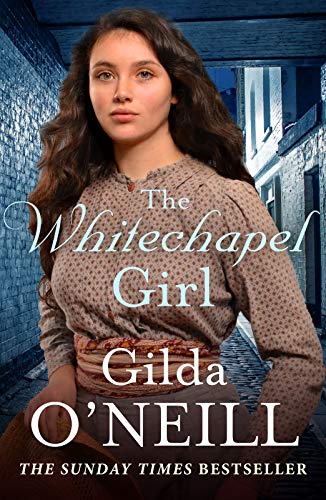 The Whitechapel Girl by Gilda O'Neill

The Whitechapel Girl by Gilda O'Neill

Ettie Wilkins has to get out of Whitechapel. As her mother sinks deeper into alcoholism, the volatile lodger sharing their slum turns his attentions to Ettie.

So when debonair Professor Jacob Protsky picks Ettie out of the crowd, she is determined to seize her chance. Despite a chorus of warnings, Ettie goes to live with Protsky in Bow to assist him with his magic tricks.

But when Ettie befriends the mysterious Celia Tressing, she soon finds herself increasingly worried by events in Whitechapel. A series of gruesome murders and whispers of Jack the Ripper have shaken even that resilient community...

This is an enthralling Victorian drama of sin and redemption, perfect for fans of Rosie Goodwin and Kitty Neale.

Gilda O'Neill was born and brought up in the East End. She left school at fifteen but returned to education as a mature student and settled to live in East London with her husband and family. She authored the highly-acclaimed Sunday Times bestsellers My East End and Our Street, as well as many novels. Gilda passed away on 24 September 2010, after a short illness.
GOR011144316
9781788635608
1788635604
The Whitechapel Girl by Gilda O'Neill
Gilda O'Neill
Used - Like New
Paperback
Canelo
2019-10-10
464
N/A
Book picture is for illustrative purposes only, actual binding, cover or edition may vary.
The book has been read, but looks new. The book cover has no visible wear, and the dust jacket is included if applicable. No missing or damaged pages, no tears, possible very minimal creasing, no underlining or highlighting of text, and no writing in the margins
Trustpilot