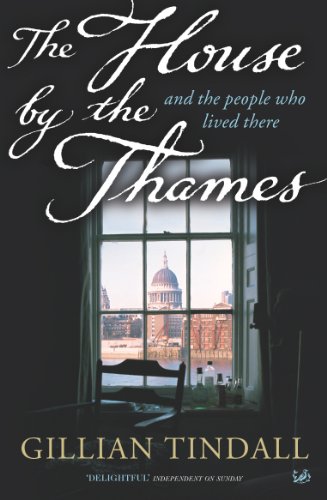 The House By The Thames
by Gillian Tindall

Used Price
$14.99
inc. GST
Free Shipping in Australia
Just across the River Thames from St Paul's Cathedral stands an old and elegant house. they have seen the countrified lanes of London's marshy south bank give way to a network of wharves, workshops and tenements - and then seen these, too, become dust and empty air.
Reviews:
Trustpilot
Very Good Good Well Read

The House By The Thames Summary

The House By The Thames: And The People Who Lived There by Gillian Tindall

Just across the River Thames from St Paul's Cathedral stands an old and elegant house. Over the course of almost 450 years the dwelling on this site has witnessed many changes. From its windows, people have watched the ferrymen carry Londoners to and from Shakespeare's Globe; they have gazed on the Great Fire; they have seen the countrified lanes of London's marshy south bank give way to a network of wharves, workshops and tenements - and then seen these, too, become dust and empty air. Rich with anecdote and colour, this fascinating book breathes life into the forgotten inhabitants of the house - the prosperous traders; an early film star; even some of London's numberless poor. In so doing it makes them stand for legions of others and for a whole world that we have lost through hundreds of years of London's history.

Customer Reviews - The House By The Thames

The House By The Thames Reviews

"Mesmeric... This book is not just for London enthusiasts. Tindall has demonstrated a genius for a certain kind of social history that, in shining a light on one small place, illuminated a huge amount around... A rare instance of a history book that, in its optimism about the indomitable spirit of the place, raises the hairs on the back of your neck." -- Sinclair McKay * Sunday Telegraph *
"Fascinating... Gillian Tindall brilliantly deploys contemporary observations to bring the centuries alive." -- Christopher Howse * Tablet *
"Delightful... Tindall's story is truthful and unexaggerated, combining elegantly elegiac prose with imaginative empathy and descriptive power." -- Jessica Mann * Literary Review *

Gillian Tindall is a master of miniaturist history, well known for the quality of her writing and the scrupulousness of her research; she makes a handful of people, a few locations or a dramatic event stand for the much larger picture, as her seminal book The Fields Beneath, approached the history of Kentish Town, London. She has also written on London's Southbank (The House by the Thames), on southern English counties (Three Houses, Many Lives), and the Left Bank (Footprints in Paris), amongst other locations, as well as biography and prize-winning novels. Her latest book, The Tunnel through Time, traced the history of the Crossrail route, the forthcoming `Elizabeth' line. She has lived in the same London house for over fifty years.

GOR001221427
The House By The Thames: And The People Who Lived There by Gillian Tindall
Gillian Tindall
Used - Very Good
Paperback
Vintage Publishing
2007-01-25
272
1844130940
9781844130948
N/A
Book picture is for illustrative purposes only, actual binding, cover or edition may vary.
This is a used book - there is no escaping the fact it has been read by someone else and it will show signs of wear and previous use. Overall we expect it to be in very good condition, but if you are not entirely satisfied please get in touch with us.