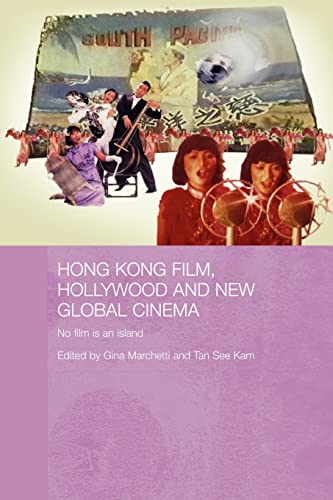 In recent years, with the establishment of the Hong Kong Film Archive and growing scholarly interest in the history of Hong Kong cinema, previously neglected historical documents and difficult-to-access films have offered new research materials. As Hong Kong film history comes into sharper focus, its inextricable links across the decades to Southeast Asia, Korea, Japan, the United States, and to the far reaches of the Chinese diaspora have also become more evident. Hong Kong's connection with Hollywood involves ties that bring together art cinema and popular genres as well as film festivals and the media marketplace with popular transnational genres.

Giving fresh and facsinating insights into the vibrant area of Hong Kong, this exciting new book links Hong Kong with world film culture both within and beyond the commercial Hollywood paradigm. It emphasizes Hong Kong film in relation to other cinema industries, including Hollywood, and demonstrates that Hong Kong film, throughout its history, has challenged, redefined, expanded, and exceeded its borders.

Gina Marchetti is on faculty in Comparative Literature at the University of Hong Kong. Her other books include Romance and the "Yellow Peril": Race, Sex, and Discursive Strategies in Hollywood Fiction (1993), and From Tian'anmen to Times Square: Transnational China and the Chinese Diaspora on Global Screens, 1989-1997 (2006). Tan See Kam is Associate Professor of Communication at the University of Macau, Macao SAR, China. He is Vice-Chair of the Asian Cinema Studies Society. His research interests cover media communication in the areas of film, cultural and gender studies. He is the author of Chinese Connections: Critical Perspectives in Film, Identity and Diaspora (with Feng and Marchetti).

NLS9780415545600
9780415545600
0415545609
Hong Kong Film, Hollywood and New Global Cinema: No Film is An Island by Gina Marchetti (Ithaca College, New York, USA)
Gina Marchetti (Ithaca College, New York, USA)
New
Paperback
Taylor & Francis Ltd
2009-04-30
290
N/A
Book picture is for illustrative purposes only, actual binding, cover or edition may vary.
This is a new book - be the first to read this copy. With untouched pages and a perfect binding, your brand new copy is ready to be opened for the first time
Trustpilot