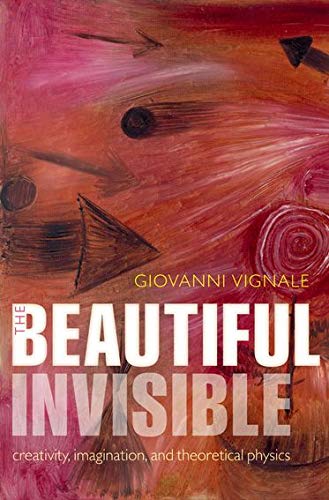 The Beautiful Invisible
by Giovanni Vignale (Curator's Professor of Physics, University of Missouri-Columbia)

In Stock
$17.49
+10% GST
Theoretical physics, argues Giovanni Vignale, is an endeavour of deep imagination and creativity. And the quest to explain profoundly abstract ideas in concrete images makes it strangely akin to poetry and literature. Vignale leads us through beautiful and bizarre worlds, explaining them in his own unique way.
Very Good
Only 2 left

The realm of theoretical physics is teeming with abstract and beautiful concepts. And the task of imagining them is one that demands profound creativity, argues Giovanni Vignale. Explaining them is curiously akin to the craft of poets, or magical realist novelists such as Borges, and Musil, or Bulgakov's The Master and Margarita. In this unusual and sometimes poetic book, Vignale presents his own unorthodox accounts of fundamental theoretical concepts such as Newtonian mechanics, superconductivity, and Einstein's theory of relativity, showing that what may seem at first quite simple in fact turns out to be much more profound. As we delve behind now-familiar metaphors such as 'electron spin' and 'black hole', the world that we take for granted melts away, leaving a glimpse of something much stranger.

this book is the best Christmas reading for physicists this year * CERN Courier *
For anyone thinking of starting a physics degree, or wishing they had done one, this is an excellent book...by someone who is eveidently a first-rate teacher. * Andrew Crumey, The Scotsman *

About Giovanni Vignale (Curator's Professor of Physics, University of Missouri-Columbia)

Giovanni Vignale is Curator's Professor of Physics at the University of Missouri-Columbia and a Fellow of the American Physical Society. He is the co-author of an academic text, Quantum Theory of the Electron Liquid (CUP, 2005).