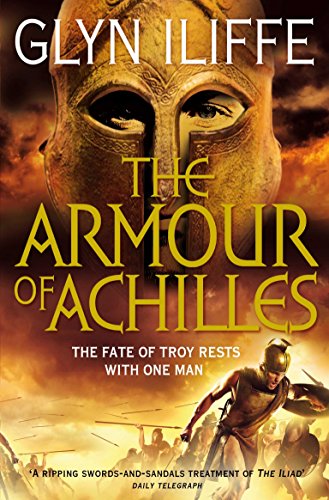 The Armour of Achilles
by Glyn Iliffe

Out of Stock
$14.99
inc. GST
The third book in the adventures of Odysseus continuing from King of Ithaca and The Gates of Troy
Very Good
Only 0 left

The Armour of Achilles Summary

The Armour of Achilles by Glyn Iliffe

The siege of Troy is in its ninth year.

The Greeks, with Achilles at their head, have inflicted numerous defeats on the Trojans, but Troy itself still stands. When

Agamemnon is threatened with mutiny by a disillusioned army wanting to return home he changes his tactics by ordering a series of attacks on the allies of Troy, thus depriving the city of reinforcements, trade and supplies. But even this cannot draw the Trojans out from behind their walls.

Odysseus, Eperitus and their men have become hardened soldiers. Tired and bitter about the war, Odysseus just wants to return home to his island Kingdom of Ithaca. But while Agammenon is still determined to revenge himself upon Troy for the theft of Helen by Paris, then Odysseus is held by the oath that he himself created. Eperitus is tormented by his own oath: sworn to protect the very man who murdered his daughter.

As the war continues, Odysseus realises that sheer numbers will never overwhelm Tory, if he is ever to return home, then he must use cunning and guile to bring about its downfall . . .

The Armour of Achilles Reviews

"Another gripping and thrilling tale from the new demigod of the genre, one which fans will relish getting stuck into." --"Catholic Herald"
"An epic feat . . . a thrilling adventure full of bloody battles, vibrant characters and the heart-stopping romance that makes ancient Greece so universally appealing." --"Lancashire Evening Post"

Glyn Iliffe studied English and Classics at Reading University where he developed a passion for the ancient stories of Greek history and mythology. Well-travelled, Glyn has visited nearly forty countries, trekked in the Himalayas, spent six weeks hitchhiking across North America and had his collarbone broken by a bull in Pamplona.

He is married with two daughters and lives in Leicestershire.

The adventures of Odysseus began in King of Ithaca and continued with The Gates of Troy - have you read them?

GOR003026585
The Armour of Achilles by Glyn Iliffe
Glyn Iliffe
Used - Very Good
Paperback
Pan Macmillan
2011-07-01
560
0330452533
9780330452533
N/A
Book picture is for illustrative purposes only, actual binding, cover or edition may vary.
This is a used book - there is no escaping the fact it has been read by someone else and it will show signs of wear and previous use. Overall we expect it to be in very good condition, but if you are not entirely satisfied please get in touch with us.