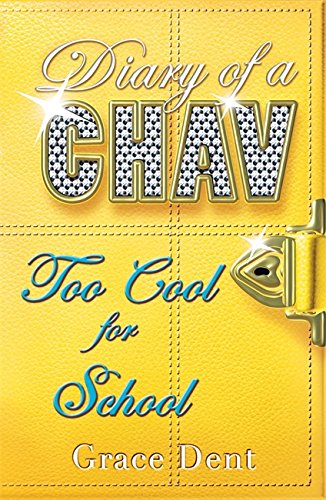 Diary of a Chav: Too Cool for School
by Grace Dent

Diary of a Chav: Too Cool for School Summary

Diary of a Chav: Too Cool for School: Book 3 by Grace Dent

Shiraz Bailey Wood has made up her mind. She's leaving Goodmayes, waving goodbye to Mayflower Academy Sixth Form and her part time job at Mr Yolk and moving to London with Carrie Draper. Carrie's got herself a place at Tabitha Tennant's beauty school, so she's sorted. Now all Shiraz has to focus on is getting herself a job. She has a bit of trouble finding the most suitable job mind, nothing seems quite right for a girl of Shiraz's originality and wit...And she has to admit, she's missing her family - even Murphy - something rotten. But Shiraz BW will not give up - she's going to finish what she started, even if she does keep looking out of the crappy flat window to see if there's a Banana Yellow Golf parked up front....

Diary of a Chav: Too Cool for School Reviews

Dent...sets her novel up as a stereotype and then blows it apart by creating a character that is relatable and intrinsically good * Hack Writers *
A warm, funny, wise and compassionate diary * Carousel *
Rather marvellous, I am somewhat ashamed to admit * The Book Bag *

GOR001001874
Diary of a Chav: Too Cool for School: Book 3 by Grace Dent
Grace Dent
Diary of a Chav
Used - Very Good
Paperback
Hachette Children's Group
2008-01-17
240
0340932198
9780340932193
N/A
Book picture is for illustrative purposes only, actual binding, cover or edition may vary.
This is a used book - there is no escaping the fact it has been read by someone else and it will show signs of wear and previous use. Overall we expect it to be in very good condition, but if you are not entirely satisfied please get in touch with us.