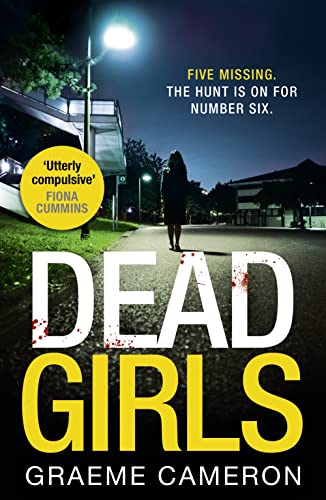 FIVE MISSING. THE HUNT IS ON FOR NUMBER SIX.

FIVE MISSING. THE HUNT IS ON FOR NUMBER SIX.

THE SERIAL KILLER
With five girls already missing and two dead police officers to add to the body count, the hunt is on. But how do you catch a man who doesn't exist?

THE VICTIM
Held captive for months, Erica Shaw has now vanished. In the race to find her, the police uncover evidence that leave them wondering, was she ever actually a victim?

THE DETECTIVE
This isn't DS Ali Green's first murder case. But only recently recovered from her near-fatal injuries and battling some personal demons of her own, she's out for justice.

One thing's for sure. Not everyone is going to make it out of this alive.

`Hypnotic and chilling - you won't forget this in a hurry.' - Lee Child

'Creepy yet genuinely funny, I didn't like NORMAL, I loved it.'- Michael Robotham

'Already on my top 5 books of the year ... If you only read one crime book this year, I'd tell you to read this one. It's so far from the `normal' crime read, it's utterly brilliant' - rebeccabradleycrime.com

`Deeply creepy and very clever story told from the point of view of a nameless and rather charming, apparently "normal" bloke, who happens to be a serial killer. A cunning idea, well executed, if you pardon the pun' - Heat

`Blackly humorous .... This gripping tale leaves the reader feeling conflicted as they find themselves rooting for the killer. Normal marks Cameron out as one to watch' Daily Express

Graeme Cameron lives with his family in Norfolk, UK.

GOR008952416
Dead Girls by Graeme Cameron
Graeme Cameron
Used - Very Good
Paperback
Unknown
0
1848454759
9781848454750
N/A
Book picture is for illustrative purposes only, actual binding, cover or edition may vary.
This is a used book - there is no escaping the fact it has been read by someone else and it will show signs of wear and previous use. Overall we expect it to be in very good condition, but if you are not entirely satisfied please get in touch with us.