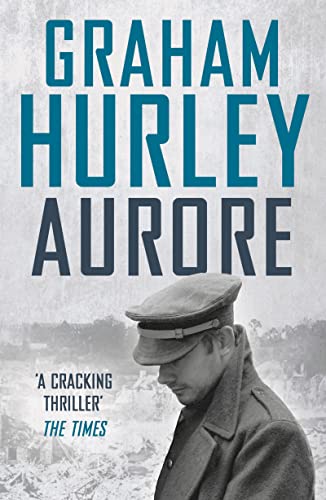 Barely half of the Bomber Command's aircrews survive a full tour, but wireless operator Billy Angell has beaten the odds and completed his 30th - and final - mission. Now, Billy is due two-weeks leave, a posting to a training squadron and a six-month exemption from active duty.

Except that MI5 need an airman to drop into Nazi-occupied France.

MI5 are interested in Helene Lafosse, a Frenchwoman keeping unusual company in her small family chateau in the depths of the Touraine. Helene has begun an affair with a senior Abwehr intelligence officer, who, in return, has turned a blind eye to the succession of Jews, refugees, resistance fighters and downed Allied airmen to whom she offers shelter. MI5 believe they can exploit this relationship and plant a false lead about the anticipated allied invasion of northern France.

It falls to Billy, playing a downed airman, to find Helene, to win her confidence and to plant a lie that will only make sense to her German lover. But this time, Billy isn't flying at 20,000 feet and he won't be able to escape the incendiary consequences of his actions.

'Hurley is now firmly at the top, with few rivals in this genre' Sunday Telegraph.
'An accomplished author of stand-alone thrillers and this is one of his finest. Beautifully constructed' Daily Mail.
'Hurley has written a cracking thriller' The Times.
'An excellent writer' Sunday Express.
'Hurley brings an almost noirlike sensibility to the surprising finale' Booklist.

Graham Hurley is the author of the critically acclaimed series of crime novels featuring DI Joe Faraday and DC Paul Winter. He lives in Devon.

GOR008937110
Aurore by Graham Hurley
Graham Hurley
Wars Within
Used - Very Good
Paperback
Head of Zeus
2018-01-11
416
178497787X
9781784977870
N/A
Book picture is for illustrative purposes only, actual binding, cover or edition may vary.
This is a used book - there is no escaping the fact it has been read by someone else and it will show signs of wear and previous use. Overall we expect it to be in very good condition, but if you are not entirely satisfied please get in touch with us.