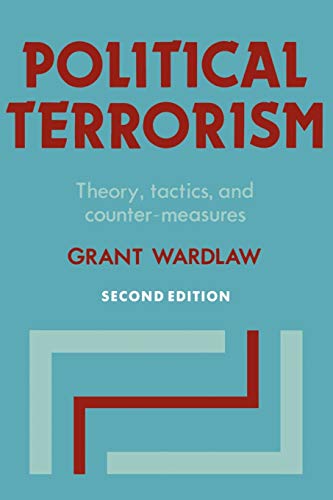 In Stock
$13.99
+10% GST
Grant Wardlaw provides a comprehensive analysis on the definition, history, theory, operation and effects of terrorism and the counter-terrorist policies that democratic states have deployed. It focuses on role of intelligence agencies, armed forces, treaties, regulation of media and the consequences of international policies against terrorism.
Good
Only 2 left

This work outlines the important considerations of policy that confront a democratic state in trying to combat terrorism and at the same time remain democratic. Part I of this book, provides the reader with a comprehensive introduction to the definition, history, theory, operation and effects of terrorism as an essential background to policy analysis. Part II analyses counter-terrorist policies. It begins by outlining basic policy choices and then looks at specific policy areas such as the role of intelligence agencies, the use of the armed forces, the development of anti-terrorist legislation and international treaties, and the issue of regulation of media reporting of terrorist incidents. Developments in the strategic dimension of terrorism are discussed in chapters on the importance of hostage takings to international terrorism and issues surrounding state involvement in international terrorism. In the preparation of this second edition, Grant Wardlaw has considerably expanded the second part of the book, focusing firmly upon the international policy consequences of prevalent developments within international terrorism.

GOR001945140
Political Terrorism: Theory, Tactics and Counter-Measures by Grant Wardlaw
Grant Wardlaw
Used - Good
Paperback
Cambridge University Press
1989-11-23
268
0521368413
9780521368414
N/A
Book picture is for illustrative purposes only, actual binding, cover or edition may vary.
This is a used book - there is no escaping the fact it has been read by someone else and it will show signs of wear and previous use. Overall we expect it to be in very good condition, but if you are not entirely satisfied please get in touch with us.