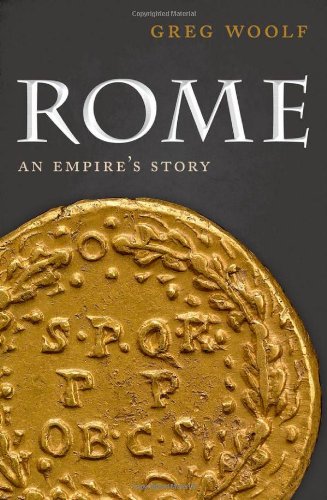 Out of Stock
$40.99
inc. GST
The story of the Roman empire, from the beginnings to the crisis of the Middle Ages: why it was so large, why it was so durable, and why it was different from any other empire before or since.
Very Good
Only 0 left

The idea of empire was created in ancient Rome and even today the Roman empire offers a powerful image for thinking about imperialism. Traces of its monuments and literature can be found across Europe, the Near East, and North Africa - and sometimes even further afield. This is the story of how this mammoth empire was created, how it was sustained in crisis, and how it shaped the world of its rulers and subjects - a story spanning a millennium and a half. Chapters that tell the story of the unfolding of Rome's empire alternate with discussions based on the most recent evidence into the conditions that made the Roman imperial achievement possible and also so durable, covering topics as diverse as ecology, slavery, and the cult paid to gods and men. Rome was not the only ancient empire. Comparison with other imperial projects helps us see what it was that was so distinctive about ancient Rome. Ancient Rome has also often been an explicit model for other imperialisms. Rome, An Empire's Story shows quite how different Roman imperialism was from modern imitations. The story that emerges outlines the advantages of Rome had over its neighbours at different periods - some planned, some quite accidental - and the stages by which Rome's rulers successively had to change the way they ruled to cope with the problems of growth. As Greg Woolf demonstrates, nobody ever planned to create a state that would last more than a millennium and a half, yet the short term politics of alliances between successively wider groups created a structure of extraordinary stability. Rome's Empire was able, in the end, to survive barbarian migrations, economic collapse and even the conflicts between a series of world religions that had grown up within it, in the process generating an imagery and a myth of empire that is apparently indestructible.

It's a swift and easy read, filled with the kind of rich details designed to illustrate the major trends of Roman history for a general audience. Weekly Standard Excellent ... for those with such an interest, Woolf's book will be a joy to read. Adrian Goldsworthy, The National Interest A fine foundation for further learning about the Roman Empire. Booklist [a] passionately told exploration of the history of Rome Publishers Weekly This is a marvellous book. Woolf provides a sweeping history of Rome's rise and fall, and asks the big questions of why and how this happened. Better yet, he offers no simple or simplistic answers, but instead well considered discussion of the evidence and how we try to understand it Adrian Goldsworthy, author of How Rome Fell Greg Woolf's new history will be a boon for the student and general reader alike. The Scotsman This is overall a magnificent achievement. Peter Jones, BBC History Magazine Makes for exceptionally interesting and provocative reading. Jonathan Yardley, Washington Post Could [this] be the best single-volume introduction to the history of ancient Rome? It is conceptual yet avoids the pitfalls of overgeneralizing, a difficult balance to strike. It also has a superb (useful rather than exhaustive) bibliography. A good measure of books such as this is whether they induce you to read or order other books on the same topic and this one did. A sure thing to make my "Best Books of 2012" list. Tyler Cowen, Marginal Revolution Greg Woolf's dazzling account of ancient Rome's story will entrance the general reader ... [and] will equally impress historians ... the best general history of ancient Rome available in English. Ronald Mellor, Times Higher Education Supplement a remarkable work of synthesis that describes the rise, flourishing and decline of the Roman Empire David Gress, Wall Street Journal

Greg Woolf is Professor of Ancient History at the University of St Andrews. He is the author of Et Tu, Brute?: A Short History of Political Murder and editor of The Cambridge Illustrated History of the Roman World.