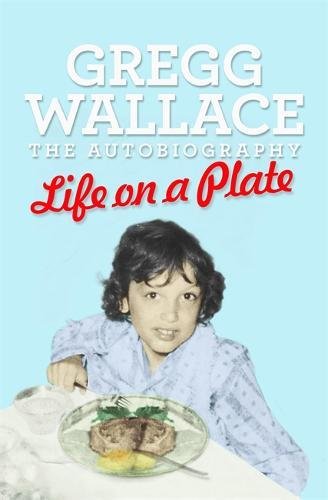 Life on a Plate
by Gregg Wallace

Life on a Plate Summary

Life on a Plate: The Autobiography by Gregg Wallace

The star presenter of BBC's MASTERCHEF tells his story for the first time.

Gregg Wallace, star presenter of BBC's MASTERCHEF, restaurateur and expert on all things pudding, shares his story for the first time. After leaving school at 14, he started his career as a greengrocer at the New Covent Garden market and went on to create his multi-million pound fruit and veg business a decade later. A star slot on BBC VEG TALK,and an award-winning television programme followed and, in 2005, the chance to front MASTERCHEF, a show that has drawn in over 4.5 million viewers and produced some of the nation's best up-and-coming chefs.

He has since opened two restaurants, Wallace & Co and Gregg's Table, penned numerous cookery books, and has written for the national and trade press. In this, his first memoir, Gregg tells how his early passion for food growing up in Peckham, south London, led to a world of Michelin star restaurants, celebrity chefs and a mission to save Britain's produce - and in an extraordinary turn with more than a few life-changing hurdles - brought him back to his roots.

Customer Reviews - Life on a Plate

Gregg Wallace is a fruit and vegetable expert, writer, media presenter and greengrocer. He lives in London during the week and at weekends in Whitstable, Kent.

GOR005582758
Life on a Plate: The Autobiography by Gregg Wallace
Gregg Wallace
Used - Very Good
Paperback
Orion Publishing Co
2013-11-01
320
1409139212
9781409139218
N/A
Book picture is for illustrative purposes only, actual binding, cover or edition may vary.
This is a used book - there is no escaping the fact it has been read by someone else and it will show signs of wear and previous use. Overall we expect it to be in very good condition, but if you are not entirely satisfied please get in touch with us.